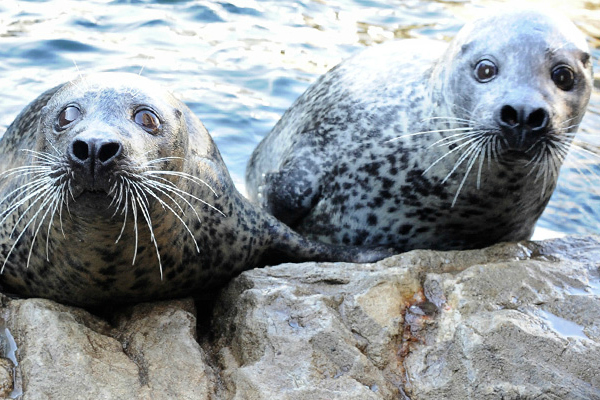 Sip For The Sea is a food and wine event benefiting the New York Aquarium to help repair damage caused by Hurricane Sandy.

One of my favorite sustainable wineries, The Hess Collection, is participating a terrific food and wine charity event in two weeks. Sip for The Sea, on Thursday, September 12 from 6-9 p.m. at the Central Park Zoo in New York City is a food and wine fest benefitting the ravaged New York Aquarium. The NY Aquarium, which sits on an exposed lot in the hurricane-devastated Coney Island, was closed for seven months and just partially reopened to the public in May. Despite the devastation, staff at the aquarium was able to save almost all of the 12,000 marine animals that live there.

The Hess Collection, which works with the Monterey Bay Aquarium and the Seafood Watch program to promote sustainable seafood — paired with sustainable wine — has joined with the Wildlife Conservation Society and several other sponsors to offer wines from their entire portfolio, paired with offerings from some of New York’s finest restaurants, including The Lambs Club, Blue Water Grill, Parlor Steakhouse and many more.

The New York Aquarium was devastated by the impact of Hurricane Sandy, just days before it was to break ground for an exciting new exhibit called Ocean Wonders: Sharks! Since the hurricane, plans to rebuild and expand the Aquarium and transform the Aquarium’s exhibits and programming have become a real opportunity. The New York Aquarium reopened on a partial basis in May, and should be fully reopened in spring, 2016, particularly with our help.

Check out this video of aquarium director Jon Forrest Dohlin on The Today Show.

The Sip For The Sea effort has already raised more than $300,000 for the cause.