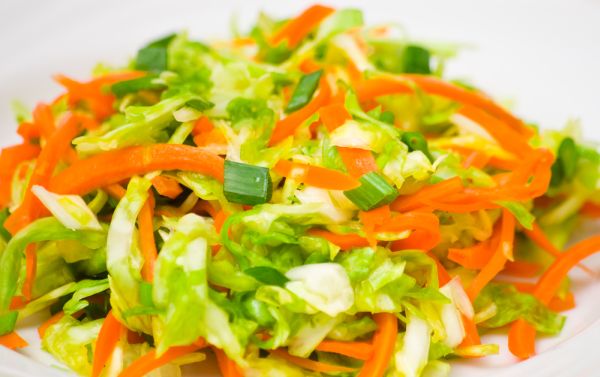 More than 370 people have fallen ill from cyclospora since June. Twenty-one people have been hospitalized, but there have been no deaths due to this outbreak.

Cyclospora is a bacteria that causes diarrhea beginning five to seven days after being ingested by a person. The diarrhea can last two months. Anyone with diarrhea should drink plenty of fluids and talk to a doctor.

Cyclospora prefers warm temperatures and most illnesses occur in the spring and summer, when people eat more raw vegetables. The health departments in Iowa and Nebraska say they have identified a bagged salad mix containing iceberg lettuce, romaine lettuce, carrots, and red cabbage as the culprit, although they have not released the name of the company that sells the bagged salad mix. The Texas Department of Health has not identified a source yet. Neither have federal health officials.