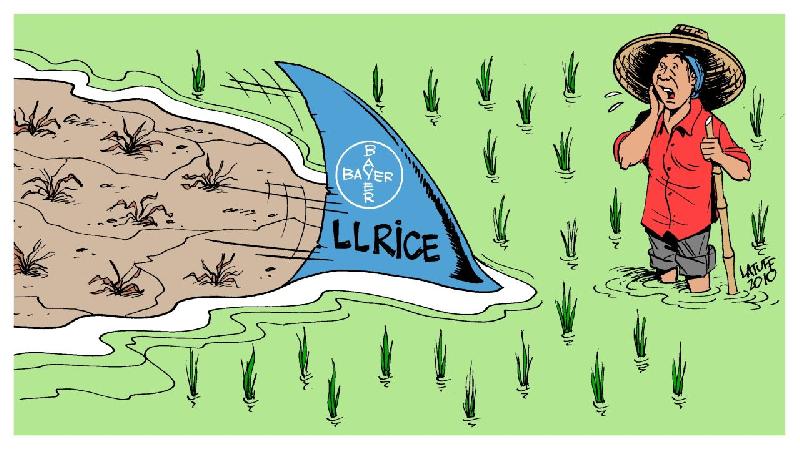 It all started when I saw a reference to LL62 rice and decided to google it. And that’s how I stumbled upon the GMO Database.

Want to know for which food products or plants gene technology plays a role? The GMO Database contains information on every GM plant that has been approved or is awaiting authorization in the EU.

For example a quick search on “Alcohols, Spirits” yielded this:

Possible application of gene technology: Applications of gene technology are possible in the following ingredients that commonly are found in alcohols/spirits. However, the extent to which a particular product is affected by these possibilities cannot be stated with certainty:

• mainly enzymes for the decomposition of vegetable starch: amylases
• other enzymes break down the remaining carbohydrates from the vegetable cell walls and thus make them accessible for alcoholic fermentation; e.g. cellulases, hemicelluloses, glucanases, xylanases
• for liqueurs: enzymes for the extraction of fruit or herbal extracts (e.g. pectinases)
• especially for liqueurs, whiskey: colorants spirit caramel, annatto
• occasionally for liqueurs: invert sugar

I had no idea that there were any gene technologies possibly  found in alcohols/spirits.

Or a click through to the Processed Foods, specifically, the “Sweeties, Chocolate, and Ice Cream” category, yielded this:

Genetic engineering is used in the production of countless products. Most of them are not affected by labelling requirements.

Still curious about LL62 Rice? This is what the GMO Database has to say:

Conclusion: LL62 Rice is as safe as conventional rice and therefore the use is unlikely to have an adverse effect on human or animal health or, in the context of its proposed use, on the environment.