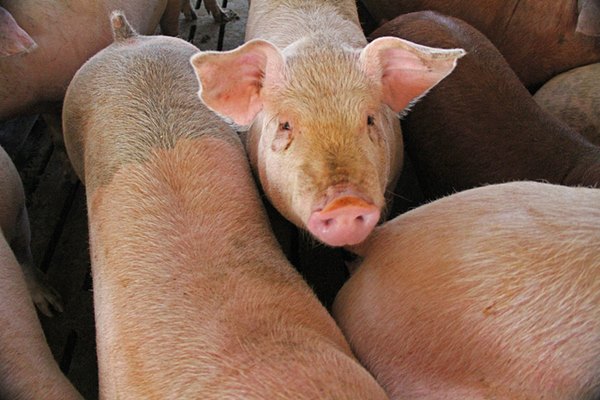 The governor’s office has been inundated by pleas for a veto, from thousands of citizens, religious leaders, defenders of free speech and people working against animal cruelty. Now TN’s Attorney General Robert Cooper has also chimed in against Tennessee’s ag-gag bill, calling it constitutionally questionable.

From an AP story shared by KnoxNews earlier today:

Attorney General Robert Cooper said the bill is questionable on three grounds. They are:

— the scope of the measure’s requirements doesn’t include enough interest in preventing cruelty to livestock;

— requirements to provide recordings of livestock cruelty to law enforcement could be an impermissible prior restraint;

— and its reporting requirement could “constitute an unconstitutional burden on news gathering.”

In addition, he said the measure — dubbed the “ag gag” bill — could violate an individual’s Fifth Amendment right against self-incrimination.

The governor will either veto the bill or allow it to become law by Monday of next week. Read more here on why Tennessee’s Attorney General thinks the bill is ‘constitutionally suspect,’ and listen here to learn more about why these anti-whistleblower, anti-transparency, pro-animal-cruelty laws are so dangerous. And if you’re a TN resident, contact your governor and politely (but strongly) encourage him to veto HB 1191!

C’mon, Tennessee, the nation’s watching. Do the right thing: reject this b***s*** legislation!