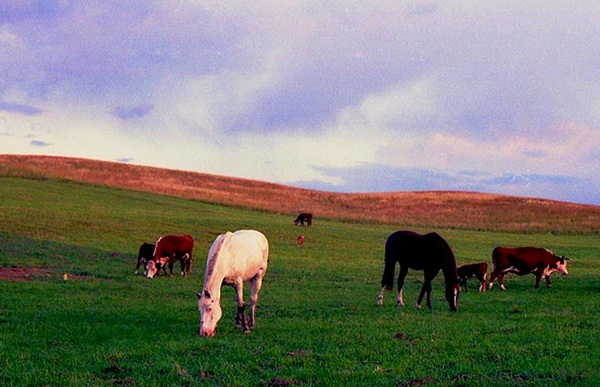 Burger King admitted this week that one of their suppliers has a horse meat problem. To a non-eater of cows, the ‘scandal’ looks bizarre: if you’re okay with eating a cow, why not a horse? The horse meat hubub highlights the elaborate unconscious mental gymnastics so many people routinely perform, in order to justify eating some animals but loving others. The story shines a harsh and unflattering light on our tendency to selectively check our empathy at the kitchen door (or barnyard gate), when it comes to eating animals.

Burger King acknowledged earlier this week that its Irish meat supplier, Silvercrest, apparently sold pig-and-horse containing ‘beef’ burgers all across the British Isles, over the course of (at least) the past year. Most of the horse-containing patties were found in grocery outlets supplied by Silvercrest.

Burger King also reported finding horse meat in patties they purchased from Silvercrest, but insists that none of the horse-and-cow burgers were sold in their UK restaurants. Burger King asserts that it’s stopped buying Silvercrest meat for its Britain and Ireland restaurants, as a “voluntary and precautionary measure.”

The scandal rocked the British food world this week, turning stomachs across the UK and raising the specter of massive Burger King boycotts.

Thousands of consumers took to social media sites on 1 February to express their outrage at the news, with one Facebook user calling it “despicable”. The company was forced to take out a series of national newspaper advertisements in response, in which it apologised to customers…

The horse meat scandal will worry Burger King management, as a sustained period of customer revolt can damage revenue and profits – there are already signs on Facebook that US consumers are questioning domestic outlets following the UK scandal.

Though commonly eaten in some European countries, in the UK — as in the US — it’s a gross-out. NPR reported yesterday on the ongoing culinary scandal, conveying the outrage and disgust British shoppers feel at the idea of eating horses:

“I’m not eating them any more! Poor old horses, I feel sorry for them, that’s all. France and all them countries eat the horsemeat — we don’t,” he said.

Horsemeat is commonly eaten in France and other parts of Europe and the world. But in the U.S. and United Kingdom, horses are more often seen as companions. Indeed, to the average animal-loving, horse-mad Brit, the concept of eating Mr. Ed is abhorrent and positively un-English.

Guys: cows and horses are really awfully similar! There exists no innate quality of Edibility, mysteriously present in one of these creatures but not the other.

The disgust people feel for horse meat, in cultures where horses aren’t considered ‘food animals,’ is completely appropriate and understandable; the puzzling thing is its rather glaring absence, when we talk about eating other hooved (or non-hooved) animals.

Clashing cultural narratives about animal edibility highlight the reality of the situation: we smooth make this s**t up! It’s simply our shared cultural fiction that cows are somehow ‘for’ eating, but horses are not. No substantial difference between the species excuses the former but condemns the latter — both actions represent optional and completely avoidable violence, in a food culture where we can easily feed ourselves without butchery.

Stories like this one offer valuable opportunities for self reflection: why do we choose to feel empathy for some creatures, but not others?

Melanie Joy’s Why We Love Dogs, Eat Pigs, and Wear Cows offers insight into this strange state of affairs:

Our schemas have evolved out of a highly structured belief system. This system dictates which animals are edible, and it enables us to consume them by protecting us from feeling any emotional or psychological discomfort when doing so. The system teaches us to not feel. The most obvious feeling we lose is disgust, yet beneath our disgust lies an emotion much more integral to our sense of self: our empathy.

We can choose to respect our own intrinsic revulsion towards eating animals, reject dysfunctional cultural myths, and reclaim our empathy. As thoughtful and compassionate beings we can build new schemas of our own choosing, rather than blindly stumbling forward under the weight of capricious ideologies handed down to us.

Neither cows nor horses are ‘naturally‘ food animals. We make up narratives about relative edibility of different animals, in order to make ourselves feel better about what we’re doing. But the story that some are ‘edible’ and some aren’t is straight-up fiction; and we can choose to change that internal story at any time, to reflect our own values of compassion and nonviolence.

Optional deliberate violence deserves our disgust, revulsion, and outrage, in one case no more or less than another. Disgust at the thought of eating ‘inedible’ animals provide an opportunity to reconnect with our empathy — and an opportunity to step back from our cultural stories, look critically upon them, and recognize their foolishness.