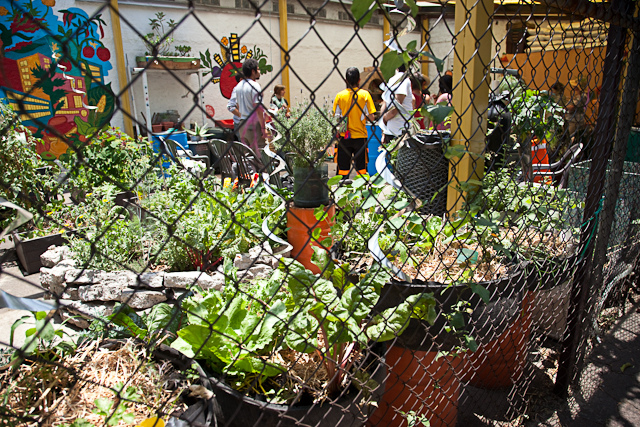 We love a good example of urban farming around here!

Urban farms are such a wonderful way to transform unused or blighted spaces in big cities into lush, food-producing patches of land (or rooftop, or wall!).

Our sister site, Ecolocalizer, recently shared a great story on Mexico City’s “green revolution.” Unlike the so-called green revolution that biotech companies like to talk about, the revolution in Mexico City is actually revolutionary. It doesn’t involve huge fields of GMO crops and massive doses of pesticides. Instead, city-dwellers are changing the urban landscape by growing food plants in unused spaces.

Here’s a great quote from the article, that I think really embodies how empowering urban farming can be:

“This is our vote for the environment,” said Elias Cattan, a 33-year-old bespectacled architect pointing to the lettuce, onions and chilies growing in a planting table and inside used tires on the balcony of his rooftop office.

Mexico City is one of the world’s most polluted cities, and citizens are taking it back!

Residents aren’t stopping at growing food when it comes to voting for the environment, either. More and more Mexico City residents are making the switch from polluting cars to bikes and public transit for their commutes and errands. The city is also getting involved: updating its taxi fleet by adding zero-emission cars into the mix and planting over half a million plants around town.

If you want the whole scoop on the exciting changes in Mexico City, head over to Ecolocalizer!