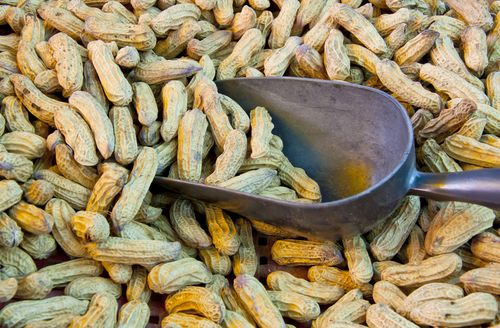 The day I posted my article wondering if the FDA would ever get its new teeth as promised in the Food Safety Modernization Act, the FDA showed its teeth and shut down the Sunland processing plant.

Sunland started recalling limited amounts of peanut butter on 24 September 2012. As of now, the company has recalled all their organic and non-organic nut butters and nuts processed since 2010.

When forty-one people in twenty states became ill with salmonella from peanut butter produced at Sunland’s Portales, New Mexico plant, the FDA inspected the plant. The FDA found salmonella in twenty-eight different locations in the plant and in fourteen food items in the plant. Unclean equipment, improper handling, and food exposed to rain and animals were also mentioned as being at the plant.

Sunland closed the New Mexico plant for cleaning just before announcing the initial recall in September and closed their separate peanut shelling mill in October in response to the widening recall. Sunland intended to reopen on Tuesday, but the FDA removed their registration on Monday. Under the Food Safety Modernization Act, Sunland is entitled to a hearing where they can prove they have preventive measures in place.

It’s a good sign that the FDA is insisting on proof of prevention of future contamination events at this plant. It would be even better if the rules were finalized and all processors and producers formed their own preventive plans as required under the law.  It’s not just one processor that gets hit with the economic consequences of a recall like this, but everyone along the supply chain and even farmers in foreign countries completely unconnected to Sunland.

Sunland is the nation’s largest organic peanut processor, but the bulk of what they process is not organic. Most of the brands in the recall are not organic brands, so be sure to check any peanut products you have in your pantry, whether organic or conventional.

Peanuts in Shells photo via Shutterstock