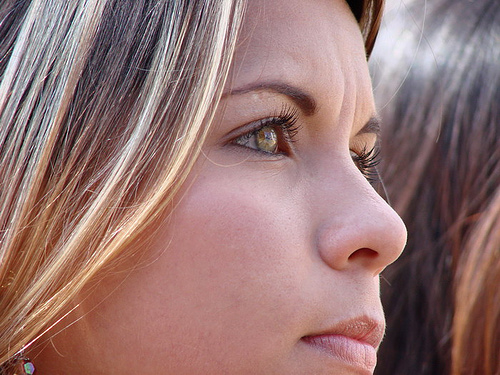 Pore cleansers, topical creams, facial scrubs, the array of products offered can seem nearly bewilderingly to the average acne-sufferer. Yet, what would-be-blemish-ousters may not realize is that a natural change in diet might have just as much if not greater effect on acne than all the unguents and soaps sitting in their medicine cabinet.

Acne, or pimples, occur because the skin is blocked. Typically, sebum – the waxy substance produced by the sebaceous (oil-producing) glands of the skin – intermingles with dead skin cells creating a plug in the skin.

Traditionally, we deal with acne after it occurs rather than treating it preventively. Medically speaking, dietary factors in particular have been viewed as having minimal to no importance whatsoever in preventing acne. This view, however, may be changing.

You might assume that those in the beauty biz come bearing facials, not diet tips. Celebrity esthetician, Joanna Vargas, for example, is not one to discount the salutary effect of good skin care. However, she is quick to point out how poor dietary habits can lead to acne. As she puts it:

The skin serves as a backup filter for your digestive system. If you eat something your body can’t digest properly, the first thing it does is try to push out the offending food via the skin.

Mainstream beauty experts are starting to agree with her, at least insofar as accepting a link between diet and acne.

Loren Cordain, a Health and Exercise Science Professor at Colorado State University and founder of the paleo diet, notes that, “If you look at the medical textbooks on dermatology…it’s spelled out loud and clear..diet has no effect on acne.” Yet, he goes on to add, “a recent study suggesting a link between diet and acne has created a tidal wave in the dermatology community.” Dr. George Varigos, a Melbourne dermatologist, also states, “there is a growing amount of research suggesting there is a link between diet and pimples.”

Both point to a study based on the dietary habits of natives living on Kitava Island in Papua New Guinea. Pivotal to the study’s findings was the fact that while over 1200 subjects were reviewed, approximately a quarter of which were in the so-called acne-prone years of 15-25, not a single case of acne was noted. Meanwhile, in the industrialized west acne prevalence among adolescents stands as high as 95 percent.

What the Kitava Island study found was that the Kitava natives consumed a low-fat, high carbohydrate diet consisting largely (approximately 70%) of fruits and vegetables, quite distinct from, according to Varigos, “foods commonly eaten by adolescents in our culture…soft drinks, sugary snacks and white bread.” Foods, he goes on to say, that “can indirectly cause pimples because the metabolism changes in response to them and boosts insulin.”

In fact, Heather Nauta, a registered holistic nutritionist, notes, acne is sometimes called diabetes of the skin, “because it’s so closely linked with sugar.” She advises acne-sufferers to take at minimum a two week sabbatical from the refined white stuff to see if removing it makes a difference to their skin. She also suggests giving at least a temporary wide berth to some other possible acne triggers, such as refined oils, trans fat, fried foods, alcohol, smoking, dairy, caffeine, soda, as well as highly processed and refined foods.

Nauta’s suggestions dovetail nicely with those of Varigos, who suggests acne-sufferers opt for low glycemic foods, such as wholemeal pasta,grainy breads and low glycemic fruits, such as rockmelon and apple.

Some rights reserved by ruurmo