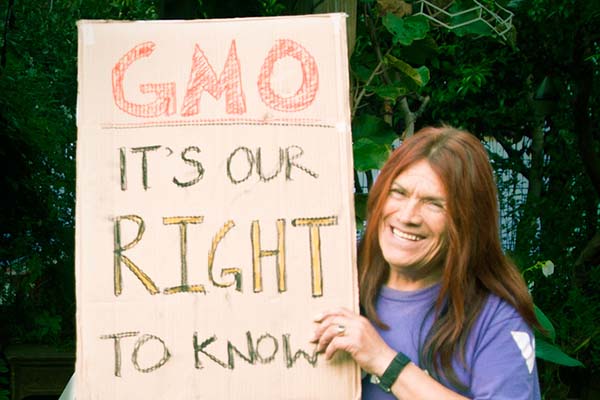 Agricultural biotechnology giant Monsanto is fighting a California ballot proposition that would mandate GMO labeling on foods. Up for vote this November, Proposition 37 would require companies to label foods that have genetically modified (GMO) ingredients such as those produced by Monsanto and its competitors. So far, 65% of voters support the bill. Facing an uphill battle in a state known for leading the nation on consumer legislation, Monsanto has so far spent $4.3 million to defeat Proposition 37, but when the U.K. began requiring GMO labeling back in the 90’s Monsanto was singing a different tune. So, why the flip flop?

Monsanto wasn’t always at odds with popular opinion. In the 1990s, Europe addressed the increased genetic dna testing and genetic engineering of consumer goods and began regulating GMO products. In 1997, the European Union mandated the labeling of foods with GMO ingredients, and the United Kingdom’s Food Standards Agency set specific food labeling requirements. In response, Monsanto ran a publicity campaign in the UK evangelizing its own support for GMO disclosure.

The Monsanto advertisements praised the new labeling laws and the right of consumers to know the genetic nature of the food they purchased. Rather than downplaying its genetic engineering, the company proclaimed confidence in its GMO corn, soy and potato seeds. Biotechnology could feed a hungry world and bring splendor to UK produce aisles, they claimed, and Monsanto was leading the charge. UK shoppers could pick up leaflets with information on GMO foods and a hotline to call with questions.

Because Europe had already decided its policy on GMO products, Monsanto’s marketing strategy was to paint itself after the fact as a consumer ally rather than to influence legislation.

In contrast to its stance in Europe, Monsanto is waging a well-funded battle against Proposition 37. The company claims that consumers already are protected because they are free to choose foods labeled as organic or non-GMO. Food producers can voluntarily label their products in response to consumer preferences. Monsanto claims that the free market prevails in the tension between demand for GMO information and its supply.

The U.S. marketplace has already responded to a perceived GMO threat. Some natural foods stores such as Whole Foods Market have pledged not to sell certain genetically modified products, like Monsanto’s new sweet corn. Even some mainstream supermarkets have sections dedicated to organic, specialty diet, and non-GMO foods. Certain food brands have gained a national following for their commitment to non-GMO ingredients.

Just as Monsanto ramps up U.S. sales of GMO products, California activists take GMO labeling to the ballot as a consumer issue. Monsanto has been rolling out GMO sweet corn in the face of media controversy and plans to widely market its drought-resistant corn seed to farmers in 2013. With a market hungry for answers to drought, pests and other environmental issues, Monsanto and its competitors stand to profit big if they can squelch Prop 37.

For big companies like Monsanto, it all comes down to profits.