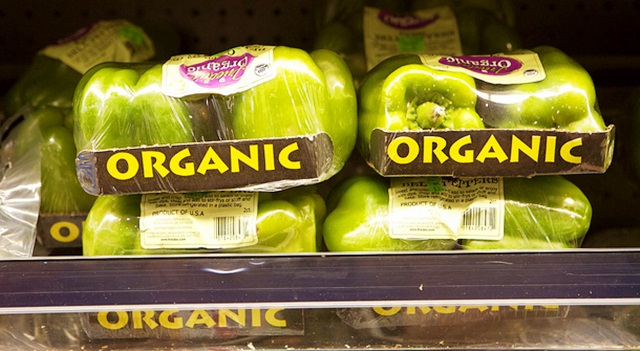 A May 2012 study attempted to link ‘exposure to organic food’ with ‘harsher moral judgments,’ and the popular media gleefully ran with it. Proclaiming the allegedly proven immorality and selfish jerkishness of organic shoppers, the blogosphere blew up with ‘study proves organic shoppers are smug a-holes!’ articles.

One article of this genre was recently presented to an organic-shopper friend of mine, by a family member, in the context of saying ‘haHA, see there? Shopping organic is stupid, I toldyaso!’

Of course, Radical Socialist Food Nazi that I am, when these articles were brought to my attention I did the unthinkable: I actually read the study. And guess what? It had nothing at all to do with organic shoppers!

Surprised? Don’t be. There’s a huge amount of well-funded anti-organic backlash in US media right now, and this foolishness is a perfect example of why an ounce of critical thinking is worth a pound of hyperbolic pseudoscientific nonsense.

To give you an overview of the smearing of organic shoppers’ character in popular media, following this silly study’s publication, here are some of my favorites:

Wow — there must be some really super-duper compelling data in that study, completely scientifically indicting the moral character of organic shoppers everywhere!

Working with a non-randomized sample of 62 Loyola University undergraduate students (conventional/ SAD eaters and shoppers, as far as we can tell from the study), researchers divided the students into three groups, and showed them pictures of different kinds of food: food labeled ‘organic,’ food considered ‘comfort food’ by researchers, and food items termed ‘control foods’ (whatever that means). Participants then answered questions about hypothetical scenarios related to moral reasoning.

From the responses of the 20 or so students in each food-picture group, study author Kendall J. Eskine concluded:

“What the data suggest is that mere exposure to organic labeling can be enough to lead people to affirm their moral identities, which in much past research can lead people to act unethically later.”

“There’s something about being exposed to organic food that made them feel better about themselves,” he told the Today show. “And that made them kind of jerks a little bit, I guess.”

Where Do I Even Start?

Let’s begin with basic principles of quantitative scientific research — in particular, let’s consider what constitutes a meaningful sample population for a research study about human behavior.

The total population of the study group consisted of 62 undergraduate students attending Loyola University; that means that each of the three groups in this project consisted of about 20 people. TWENTY. And this small number of participants weren’t even selected to represent the general composition of the broader society, whose food habits and moral reasoning skills researchers sought to analyze.

Data collected from such a tiny homogenous population is statistically meaningless: there is is absolutely no way to infer anything helpful about general human behavior from a group of twenty 18-22 year old college students, at one particular American university.

It’s also key to note that none of the study participants were identified as organic shoppers. None of the handful of participating students were identified as regular consumers of organic food, or as people valuing organic food as an important factor in health, environmental, or social justice issues. Food habits, personal values, and/or  the social/ cultural context of organic food preferences were conspicuously absent — from a study purporting to evaluate ORGANIC FOOD AND MORAL REASONING. Dudes: those are some seriously relevant data bits!

Finally, absolutely no food or behavior was involved in this study of food and behavior. Researchers just showed a gaggle of college students some food pictures, then asked what they thought they would do in some hypothetical scenarios. The blind assumption that those conditions accurately reflect real-life responses, either to food or to ethically challenging situations, is anything but scientifically impressive.

The data, then, because of the study’s sample size and methodology, cannot possibly support ANY generalizations about food habits, relationships between food ethics and moral reasoning, or the ethical behavior of organic shoppers. The sample size was too small to yield generalizable data, and there were not any foods, habits, behaviors, or organic shoppers included anywhere in the study.

If there are any social scientists who follow EDB, and need to come up with a study proposal that might actually yield meaningful data about organic shoppers and moral reasoning, I humbly submit this idea for consideration:

THAT would be a study about organic shoppers and moral reasoning. The one under current discussion was clearly NOT.

Luckily reality didn’t interfere with the anti-organic coverage of this study, flung like gleeful smarmy mudballs all over the interwebs!

Given the statistically meaningless sample size, non-random sampling, non-organic-shopper test population, and total lack of food or behavior in this food and behavior study, did we see a critical public thoughtfully respond, ‘Hey, wait a minute, you’re saying this data proves what?… no it doesn’t, stop being silly’?

Strangely, we did not.

Instead we saw the explosion of media coverage saying ‘SCIENTISTS PROVE ORGANIC FOOD MAKES YOU AN A**HOLE!’

Quick recap: none of the people in this study shopped for or ate organic foods; and nowhere in the study does it even address the subject of organic eaters’ moods, foul or otherwise — or even the moods of a tiny number of conventional SAD-eating college students’ moods, when they were shown pictures of organic foods.

Organic foods are put on a pedestal, and the current study suggests that organic foodies are more self-righteous.

That would be impossible, since there were no ‘organic foodies’ in this study. Just college students who presumably eat in the university’s cafeteria, since most dorm rooms have no kitchens to stock with groceries — organic or otherwise.

It’s hardly news that those same smug, arrogant friends of  yours who go out of their way to select cruelty-free chocolate and organic kale  are also the ones who look down their noses at your decidedly non-organic,  non-earth-friendly, morally-relativist lifestyle. You may be tempted to chalk  their organic-buying habits up to their general insufferableness, but in fact, a  new study suggests that you may have that equation reversed. Buying organic is  actually making these people bigger jerks!

Again: there were absolutely no organic shoppers in this study! So, um, yeeaahh…

There Certainly Are Some Jerks Around Here!

But organic shoppers are in the clear — at least until someone comes up with a better study idea than this one.

What I find most interesting about this hullabaloo isn’t actually the study itself — it’s a run-of-the-mill, weak-math, pseudoscientific dime-a-dozen study — but the rabidly hostile uncritical media coverage of it. I think that’s sadly typical, when it comes to media coverage of any food revolution issue: GO TO THE SOURCE, read the study, ignore the spin, and decide for yourself who’s the jerk in the room.

Especially when it comes to issues surrounding organic agriculture, there are tons of well-paid master beraters who are eager to sell a pro-GMO anti-organic world view to (what they hope is) an uncritical and gullible public.

Let reality, compassion, justice, and reason guide both your food and (other) ethics choices. For best results use hyperbolic anti-organic spin-media sparingly, for entertainment purposes only.