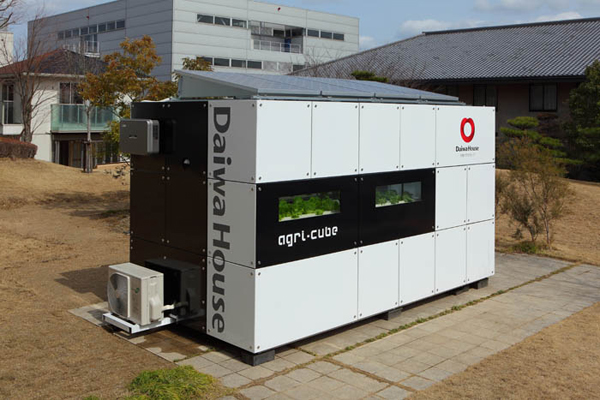 As the world population explodes, the big question is: how are we going to feed the world when the population hits 7, 8, and 9 billion people? It’s no easy feat, but one thing’s for certain: we are going to have to grow more food in less space. Enter the Agri-Cube.

Created by designers at the Japanese company Daiwa House, this prefab structure can grow 10,000 servings of produce in just an eight by 16 foot space. Not too shabby! The cost to operate the Agri-Cube is around $4500 per year, which is about 45 cents for a head of lettuce.

The structure’s upfront cost is nothing to sneeze at – between $70,000 and $100,000 – but if these growing cubes see mass production, we should see a drop in that price. You can learn more about the Agri-Cube in their promo video: