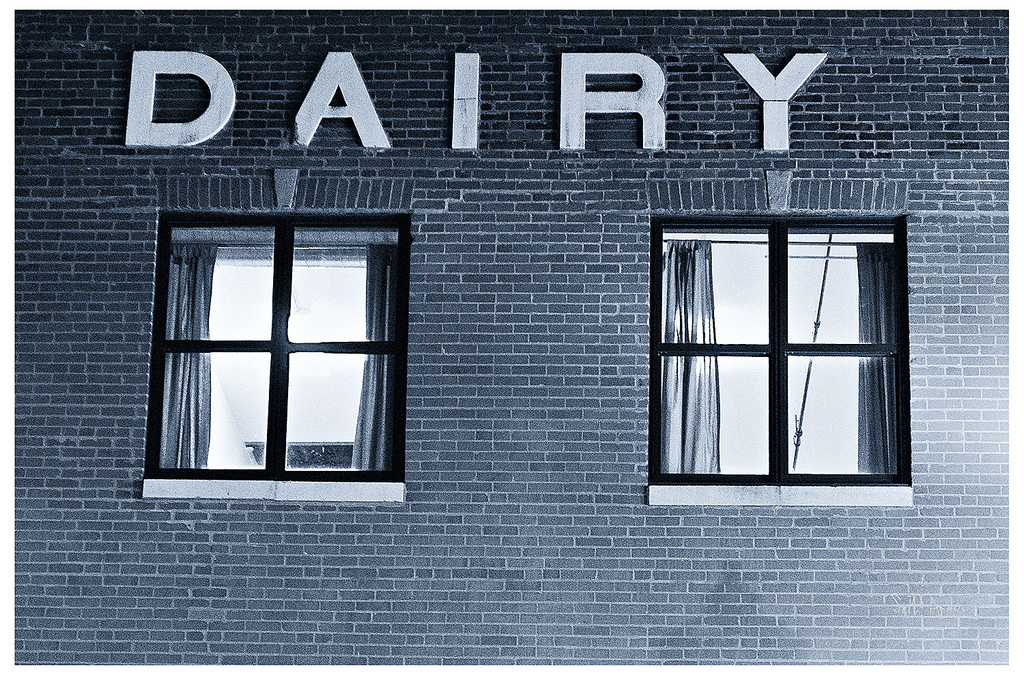 A new study by researchers at the Illinois Sustainable Technology Center found that hormones injected into dairy cows during the “production” phase may stick around much longer than expected.

Much like that couch surfing friend who has overstayed his welcome, wastewater near dairy farms “contains significant concentrations of estrogenic hormones that can persist for months or even years.” What goes into the cow doesn’t simply stay in the cow.

In fact, the effects of this bizarre phenomenon stretch beyond the original intentions of the hormones (to speed up the lactating process in large dairy farms) and can harm aquatic life, neighboring crops, and, it is suspected, the humans who ingest them.

Here are some of the study’s findings:

“…Lactating cows generate estrogenic hormones that are excreted in urine and feces, said ISTC senior research scientist Wei Zheng, who led the study. In large “confined animal feeding operations” (CAFOs) the hormones end up in wastewater. Farmers often store the wastewater in lagoons and may use it to fertilize crops.

Federal laws regulate the flow of nutrients such as nitrogen and phosphorous from CAFOs to prevent excess nutrients from polluting rivers, streams, lakes or groundwater. Environmental officials assume that such regulations also protect groundwater and surface waters from contamination with animal hormones and veterinary pharmaceuticals, but this has not been proven.

Hormone concentrations in livestock wastes are 100 to 1,000 times higher than those emitted from plants that treat human sewage, and large dairy farms are a primary source of estrogens in the environment, Zheng said. Recent studies have detected estrogenic hormones in soil and surrounding watersheds after dairy wastewater was sprayed on the land as fertilizer.

So, why should we be concerned about a little extra estrogen? “These estrogens are present at levels that can affect the (reproductive functions of) aquatic animals,” Zheng said, “feminiz[ing]” water-dwelling animals. The problem isn’t just because of this swapping of external sex traits, but has more reproductive consequences: male fish will experience a decrease in sperm count, “undermining their ability to reproduce.”

Whoever said dairy has no effect on the ecosystem may have a harder time making their point if this issue becomes more pervasive.

Treehugger.com has some good advice on what to do, for those interested. Also, take more action and demand a better farm bill!