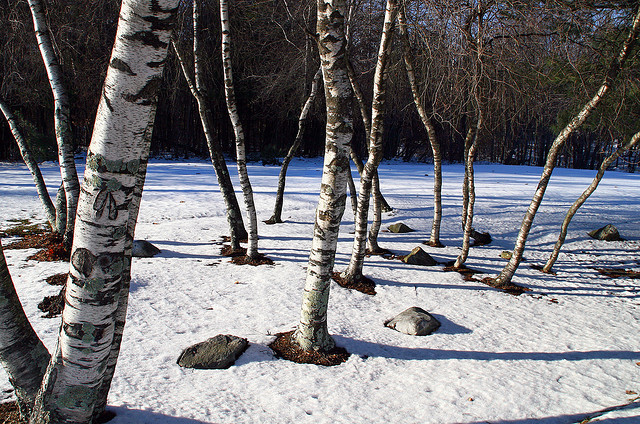 Would you drizzle birch syrup on your pancakes?

With global warming threatening maple syrup production, we just may need a syrupy alternative by 2100. That might sound like a long way off, but if global warming does mean the end of maple syrup, before we run out, prices will start to climb. Since maple farmers are already noticing changes in their trees, we may need an alternative to maple syrup long before the turn of next century.

Birch syrup is a traditional Latvian treat that’s harvested just like maple syrup, but birch syrup only has a fraction of the sugar of maple syrup: one to two percent versus eight percent. Traditionally, you’d use birch sap to make lemonade, ferment it into wine, or add it to water for a refreshing cooler, but you can also cook it down into a syrup.

The downside to birch syrup is that it’s less efficient to produce. According to an NPR report:

Birch syrup just hasn’t achieved culinary status of maple syrup, perhaps because it takes so much to produce. For just one gallon of birch syrup, you’d need to boil down 100 gallons of birch sap. The same output of maple syrup only requires 40 gallons.

Birch syrup is gaining popularity in parts of New England and producers are already having trouble keeping up with demand.

Have you tried birch syrup? How did you like it?