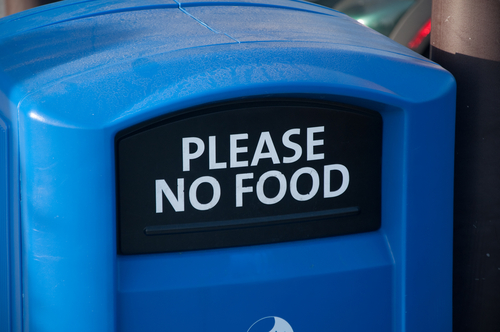 We waste over 40 percent of the food that we produce, but what if we could transform that food waste into something useful?

As individuals, we can do a lot to reduce food waste in our day-to-day, but the unfortunate truth is that a lot of the food heading to landfills is wasted systemically: in restaurants and in food production. There’s not much that individuals can do about that, but the UK’s University of Birmingham scientists may just have a solution that addresses two problems at once: food waste and our dirty transportation system.

These researchers looked at current methods for producing biofuels from food–like using corn or sugarcane–but noted that those processes are polluting and produce tons of waste. Instead, they’re proposing using food waste to produce clean biohydrogen fuel. Basically, the idea is to feed bacteria the sugary waste from processes like chocolate production to bacteria that would turn that waste into usable fuel.

Our friends over at Gas2 are saying that, combined with other food-waste-to-fuel processes, this could be a big step toward a more renewable, cleaner fuel supply. Not only does this new process use food waste to produce fuel, but it  can also use the agricultural waste from current biofuel production methods to make more biofuel. That means higher fuel production with the same amount of land. Since growing fuel crops instead of food crops is a major concern when it comes to biofuel production, this process could also help address biofuel’s impacts on world hunger and food prices. Not too shabby!