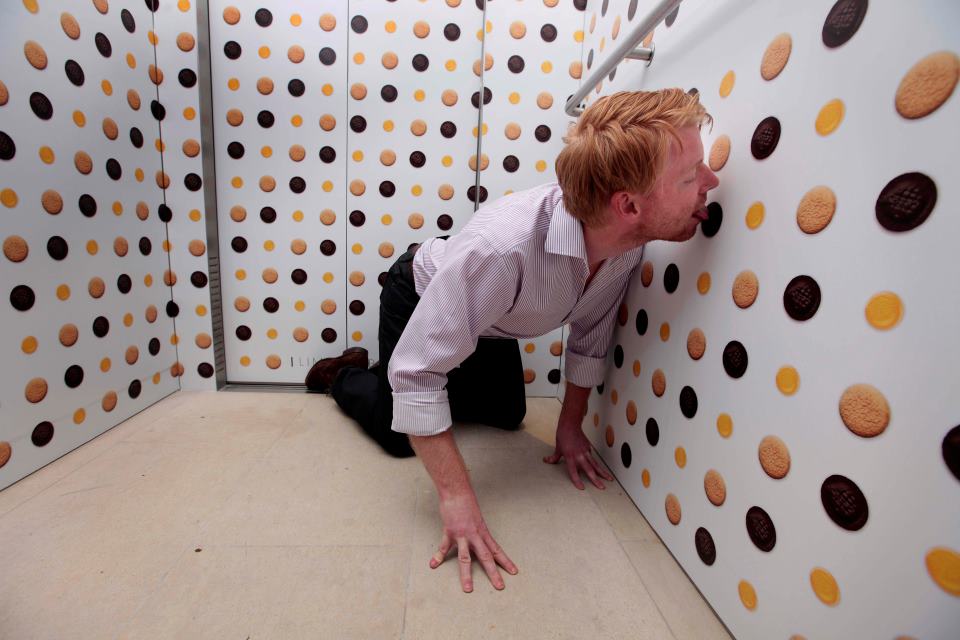 Willy Wonka fans rejoice. The day has come when lickable wallpaper is a real thing.

But, when you actually think about it, isn’t swapping spit along a wall with complete strangers kind of a faux pas?

No worries, the creators of this innovative and fun new treat has thought of that. The cakes on the wall, McVities Jaffa Cakes, are sort of like the UK version of a Twinkie, except seemingly healthier, if only because the cake has a layer of orange-flavored jelly (though it’s definitely not vegan). And each time someone licks the mounted cake, it is removed by the bell boy!

Either way, the London communications building that received the first lickable wallpaper inside its elevators are a lucky bunch. It took artists roughly four weeks to install the 1,325 lickable Jaffa Cakes, but what a reward to get a boatload of press and a fun commodity to boot.