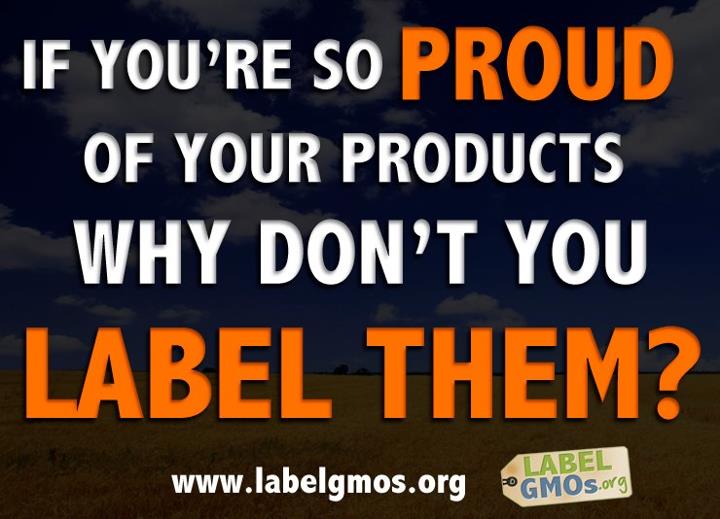 You know that we’re not fans of unlabeled GMOs around here, so when I ran across this graphic from the Label GMOs campaign, I knew I had to share it with you.

In California, a group called The Committee for the Right to Know is working on a ballot initiative to label GMOs. The way California law works, if you can gather 800,000 in person signatures, you can put any initiative that you want to a vote. The Label GMOs campaign has until April 22nd to collect these signatures, so if you’re in California and want to get heard, check out their local groups page to see where you can go to sign.

Unlike in the EU, genetically engineered foods and products containing GM ingredients in the U.S. don’t have to bear labels. California isn’t the first state where groups are looking to get GMO labeling codified at the state level. A bill in Connecticut would also require that genetically modified foods be labeled as such.

Of course, companies like Monsanto and Dow who produce genetically modified foods don’t want these things labeled. At the same time, they love to tout the benefits of GMOs. Like the graphic above asks, if they’re so proud of their products, why don’t they want consumers to know what we’re buying?