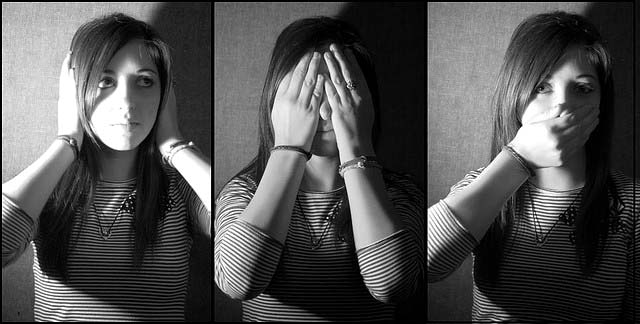 Utah governor Gary Herbert signed HB187 into law, making it a class A misdemeanor to go undercover at any agricultural animal facility. “Offenders” who don’t say ‘Why, hello there! I’m with Mercy for Animals, and I’d like to expose all that animal abuse you’ve been getting up to over here, please and thank you!’ before reporting problems will be subject to up to a year in jail and/or up to $2,500 in fines.

According to a study reported after passage of HB 187, the law seems to have been paid for fair and square. Factory farming interests pumped enormous amounts of money into the pockets of HB 187 decision makers, and — surprise! — got exactly what they ordered.

Ag-gag bills are all the rage this year, among industrial animal producers who fear consumer trends towards more sustainable and ethical food sourcing. As more shoppers realize that factory farming represents a health, ethics, and environmental disaster, more shopping bucks find their way to non-industrial-farming pockets. Kicking and screaming will the foolish be dragged into the modern age: rather than change the offensive practices, they’re hoping to simply change what you’re allowed to find out about.

According to the Humane Society of the United States,

These bills aim to ban critical whistle-blowing investigations such as The HSUS’ exposés of unacceptable and callous animal cruelty at a Vermont slaughter plant leading to its closure and a felony criminal conviction—as well as our investigation of a cow slaughter plant in California which prompted the largest meat recall in U.S. history and led to a new federal regulation that banned the slaughter of adult downer cattle.

These ag-gag bills raise the question, “What does animal agriculture have to hide?”

Surely the problem isn’t that factory farms are actually DOING anything they shouldn’t be — NOPE!! — don’t be ludicrous, pesky consumers! The problem is that they just keep on getting CAUGHT at it.

Um, no. The report of the problem is not the problem; the actual bad behavior is the problem. If factory farming interests didn’t know perfectly well that they’re perpetrating animal cruelty and worker abuse, while producing food in filthy conditions, then they wouldn’t kick and scream about the cameras.

Ironically, on the heels of HB187 becoming Utah law, an ABC producer accepted a Genesis award Saturday night for an undercover report made possible by what would now be considered criminal activity in Iowa and Utah. The report exposed unsanitary conditions and widespread abuse of hens at an egg farm that once supplied about half the McDonald’s restaurants in the US. According to ABC coverage,

The “20/20” report used hidden-camera footage gathered by a Mercy for Animals activist working undercover at Sparboe Farms facilities in several states, including Iowa. The footage, shot during the summer of 2011, appears to show unsanitary conditions and repeated acts of animal cruelty. After being shown the video, as well as learning of an FDA warning letter sent to Sparboe regarding unsanitary conditions,McDonald’s and Target ended their relationship with Sparboe. Sparboe had supplied eggs to all McDonald’s restaurants west of the Mississippi River.

Folks, we’re not just talking about PETA here, this is about food safety — this is about accountability for the people who produce the food you buy in the grocery store.

Don’t care about the critters, you say? Fine. But I’ll bet you’ll care if the brisket at your next barbeque is contaminated.

Natan Runkle, the executive director of Mercy for Animals, said, “Not only could this ag-gag bill perpetuate animal abuse, it endangers workers’ rights, consumer health and safety, and the freedom of journalists, employees and the public at large to share information about something as fundamental as our food supply. This bill is bad for consumers, who want more, not less, transparency in food production.”

Ag-gag bills have been defeated so far in Florida, Illinois, and Indiana, but have passed in Iowa and Utah.  Similar legislation is pending in Minnesota, Missouri, Nebraska, New York, and Tennessee.

Go here to look up contact information for your state legislators, if you live in a state with pending ag-gag foolishness on the agenda.

There’s no good reason to tolerate laws ensuring consumer ignorance, while protecting animal cruelty, worker abuse, and unsanitary food production practices. Proponents of such legislation absolutely depend on public ignorance and apathy, to get these ridiculous bills passed.