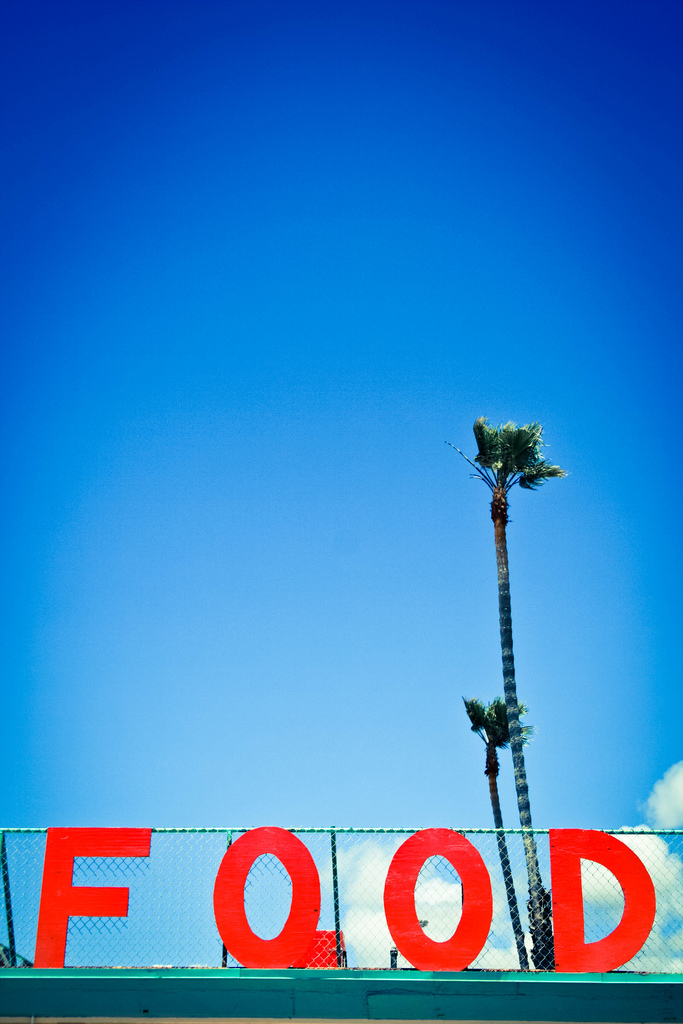 Let’s get real with ourselves for a minute.

Food stamps are not for some generalized, stereotypical single-mom family with 5+ kids. As it stands, about 42 million Americans are currently getting food aid, which includes recent grads, middle class families, basically anyone earning below a certain level, and where monthly expenditures nearly or actually outweigh income.

These levels vary by state, but with unemployment where it is, the “typical” food stamp card carrier is nonexistent.

Okay, that’s out of the way. Now, with this food aid, it would also be nice if most people could stock up on healthy food if they so chose. But it’s harder to do than it looks.

I once wrote about a challenge I participated in, where I ate vegan for 21 dollars per week, a food stamp budget. At the time I was also not a car owner, and relied heavily on public transportation, or my own two feet to get around my metropolitan area. I didn’t always choose the healthiest foods — because they weren’t the easiest to come by — and it really pissed people off that I didn’t showcase a healthier way to get more bang for my buck.

The reality is, access to healthy food is a huge problem. Areas full of fast food restaurants and supermarkets with limited produce sections, relying heavily on processed and packaged foods, are known as food deserts.

The U.S. Department of Agriculture (USDA) “defines a food desert as any census district where at least 20 percent of the inhabitants are below the poverty line and 33 percent live over a mile from the nearest supermarket,” according to The Week.

According to NPR, the First Lady “helped persuade several major retailers, foundations and small businesses to bring more healthful food to neighborhoods where supermarkets are scarce.”

But it’s not as simple as just making sure retailers provide healthier options. Even if the produce is seemingly lower-cost, if it looks unappetizing, consumers still aren’t buying it. Additionally, the stores still need to be clean, have a good attitude towards employees, and good customer service.

Basically, there should be no generalizations made about people who shop at the discount supermarket either. Just because a person has less money to spend on food, doesn’t mean they will tolerate uncleanliness, rude clerks or “wilted lettuce.”

You can’t just slap a few more apples and oranges in the middle of a food desert and call it a day. The author of the previously mentioned article from The Week misses the point with the statement, “only 15 percent of people shop for groceries within their own census areas; most of us, in other words, are accustomed to traveling a few miles to stock our pantries.” But that 15 percent is who needs the most help.

Additionally, members of that 93 percent may not have gas money, a workable car, or work a schedule that would allow them to go shopping when markets are open. Just because the majority has it one way, doesn’t mean attention isn’t needed for the minority.

Increasingly, to add fuel to the fire, a very concentrated number of fast food restaurants are located in low-income neighborhoods as trendy boutique shops spring up with suburban sprawl. Whole Foods, that gluten-free gelato shop, or your favorite vegan diner is probably not going to be near the bus stop or in areas where a higher portion of the population lacks access to vehicles.

A key fact here is that adding health food does not automatically help problems associated with food deserts. Nutritional education would go a long way to make sure those food stamp dollars don’t just go to the same old processed junk at the store, or that the easiest places to grab food for the family is more than a fast food drive-thru.

“The unpalatable truth seems to be that some Americans simply do not care to eat a balanced diet, while others, increasingly, cannot afford to. Over the last four years, the price of the healthiest foods has increased at around twice the rate of energy-dense junk food.”

Luckily some neighborhoods, like in LA, are combating the complicated problems head on, with public health programs helping local markets. Citizens are also being taught how to grow their own food.

Is there a food desert near you? Find out.