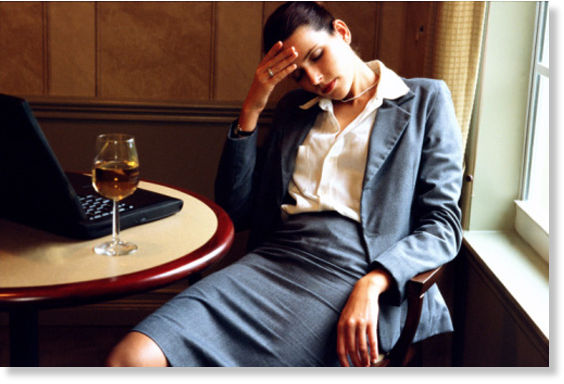 I have a question about wine intolerance, if I consume more than an oz. of wine I get deathly ill, shaking – profuse sweating – vomiting – and diarrhea. My father had the same thing – I have met a few chiefs (sic) that heard of it. Most people say it is due to the sulfites. I am also effected by wine in foods. Can you tell me any more info on this food allergy. Thank you Bonnie from Sarasota, FL

According to Wine Spectator approximately 8% of the world’s population is allergic to wine. The article points out that the common suspect for wine allergies has often been sulfites. But, sulfite levels are relatively low in wine, and only 1% of people are allergic to them. As the blog Allergy Notes produced by Board-certified Allergists and Assistant Professors at University of Chicago and NSU says, even when sulfites cause problems, experts disagree about whether it is technically an allergy. This supports what the VineCrowd team wrote in a post last year on Top 5 Myths About Sulfites:

Myth #1: You or someone you know is allergic to sulfites.

Sulfites are something that our body naturally produces at a normal rate of about 1,000mg a day. Compare that to the average 10mg per glass of wine and it’s pretty clear that if someone was allergic to sulfites, their problems would be a little more severe than a life without wine. There are, however, individuals that have high sensitivities to sulfites.

The article in Wine Spectator, titled An Allergy Free Wine?, points out:

The allergens [in wine] remain largely a mystery—some people lack the enzyme to metabolize alcohol, while others may be allergic to some other ingredient…A Danish study conducted by researchers at the University of Southern Denmark and published in the Journal of Proteome Research, identified 28 organic compounds in a Chardonnay that are similar to known allergens in other foods…The compounds are glycoproteins, [which] are common in wine. The research team, led by Dr. Giuseppe Palmisano, sequenced the glycoproteins of a Chardonnay from Puglia, Italy, identifying the position of specific amino acids. Many had never been identified before. The sequences were then cross-referenced by computer software with known allergen sequences.

The verdict from Denmark:

The team found that many of the glycoproteins fell within the domain of known allergens, with sequences similar to allergens found in fruits such as bananas and kiwis, as well as rubber products, including latex. Many of them come from the grape, which is a novelty because no one has described glycoproteins coming from the grape.

The verdict is still out on the main culprit of wine allergies and intolerances with other experts suggesting that people may be affected by higher alcohol levels, tannins, yeast strains, acidity, cork or common contaminents. Sadly, the only remedy seems to be abstinence.
Photo: Sott.net