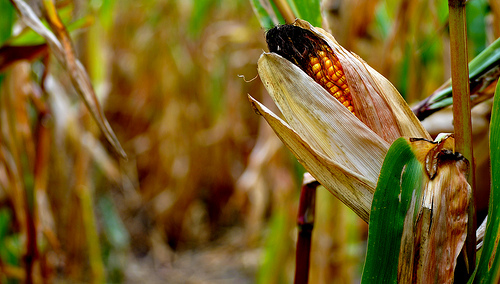 The country originally banned the corn back in 2008, though it became the only GMO crop to receive EU approval at that time. Of course, Monsanto fought back and in November they won, overturning the ban, but the French government isn’t giving up yet. They’re saying that the GM corn poses environmental risks and is asking the European Commission to ban the genetically engineered corn.

This comes only 6 days after a French court found Monsanto guilty of poisoning a farmer who is dealing with serious health concerns from using their Lasso weedkiller. The farmer accidentally inhaled some of the pesticide and is now struggling with neurological problems. Lasso was Monsanto’s herbicide that was more common before their more popular Round Up. It has been banned in France since 2007, but the farmer’s exposure was back in 2004.