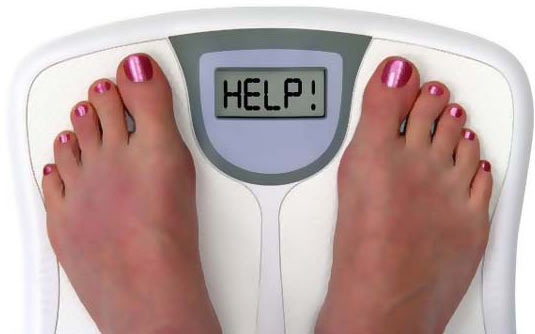 How do we keep it all straight? For some, the obsession with eating healthy has a name: orthorexia nervosa. Quite simply, orthorexia has been elevated to eating disorder status due to one’s fixation on food, where an overwhelming amount of mental attention is spent thinking about and restricting access to certain foods.

Not yet a medically recognized term, orthorexia was first coined by Dr. Steven Bratman in 1997 as a characterization for those who obsess over avoiding unhealthy foods, and in rare cases, fixating on purifying food at such an extreme level so as to result in malnutrition or death. This more extreme version, where dieters face severe emaciation and health complications is defined by Dr. Bratman as orthorexia nervosa.

In 2009, The Guardian quoted Ursula Philpot, chair of the British Dietetic Association as saying orthorexics are “solely concerned with the quality of the food they put in their bodies, refining and restricting their diets according to their personal understanding of which foods are truly ‘pure'” as opposed to other eating disorders which focus on food quantity.

Dr. Bratman’s original assessment was that the physical appearance of emaciation can be common among health food dieters, like raw foodists, where participants can reach the extremes found in patients of anorexia nervosa.

The underlying factor here, whether it’s quality or quantity, is a distorted relationship to food. “For orthorexics, the objective is to be in good health. They fear the effects of the environment on the body and seek to reduce these by eating healthy, good quality food,” explained eating disorder specialist Catherine Dijuste, in an article posted in Yahoo’s Diet and Fitness section.

Risks associated with orthorexia, mirroring factors associated with bulimia or anorexia, include a diminished social life, with more time spent planning meals meeting the diet’s requirements and avoiding restaurants or gatherings where “impure” foods may be present.

A cited problem from the Yahoo article is orthorexia may transpire because of orthorexic parents:

“Orthorexic parents try to transfer their fear of ‘poisonous’ foods to their children and there is a risk that the children might then become anorexic or bulimic in adolescence. The risk of obsessional disorders becomes greater, because eating becomes a source of worry and guilt for them.”

However, since orthorexia is not technically a medical issue, potential sufferers aren’t considered “ill” and therefore may slip through the cracks while harboring the potential to develop another type of eating disorder. “[Orthorexia] can be a way of hiding another problem, like anorexia,” Catherine Dijuste said.

Medical experts haven’t produced a biological cause for orthorexia as of yet, though some liken habits to those of obsessive compulsive disorders manifested as food-centric. The concern that orthorexia could be a slippery slope to anorexia is making some doctors pay attention to cognitive associations typically defining an eating disorder. Some are linking orthorexia symptoms to behaviors associated with anxiety, one purported cause of bulimia or anorexia.

Since orthorexics desire to stay in “perfect health,” stave off illnesses and attempt to stay thin, some blame might be due towards society for equating health with a slender frame in marketing and rhetoric.

With the uptick in fat and skinny shaming, some who promote a certain diet, even a vegan or vegetarian one,  make the common mistake of saying one tactic or another will make people skinny and therefore healthy.

By that logic, it’s no wonder an association is forming between eating healthy or “pure,” and the mentality of an eating disorder. And the fact that this flies under the radar could be dangerous, with teenagers and young adults claiming “health,” when something much deeper might be lingering.

When the public acts as a town hall over an individual’s weight and health, it leads to unhealthy assumptions about what “normal” people look like, encourages obsessive behaviors regarding eating healthy enough to be skinny, and leading to guilt if the “rules” are broken.

Let’s keep an eye on this issue shall we?
Image Credit: Flickr Creative Commons, o5com