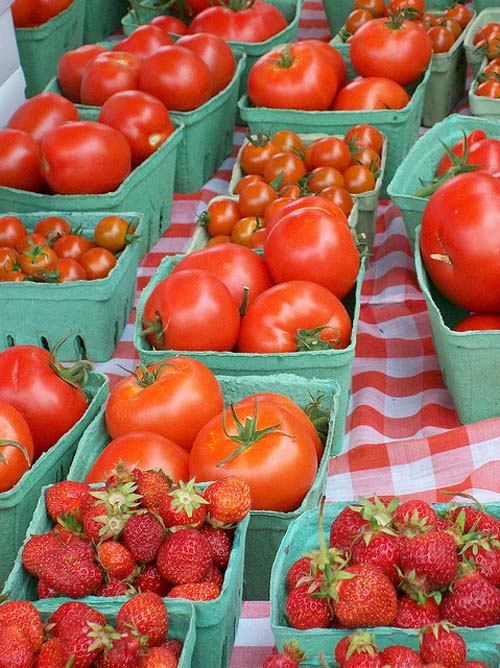 Methyl iodide is one of the worst actors in the Big Ag Pesticide Toolbox. Known to be a dangerous neurotoxin, carcinogen, miscarriage inducer, and endocrine disruptor, the soil fumigant is currently under precedent-setting legal review in California. A major win for health and sustainability fans may be imminent, if the presiding judge rules that methyl iodide was illegally approved.

Methyl iodide is a highly toxic pesticide, heavily used in conventional production of strawberries and tomatoes. The poison was created by Arysta LifeScience Corp to replace methyl bromide, which (long after its approval for agricultural use) was found to damage the ozone layer. Methyl iodide was initially approved by the EPA in 2008, against the advice of the scientists studying it and with strenuous opposition by toxicologists familiar with its effects.

California has additional procedural hurdles for new pesticides to jump through after EPA approval, intended to add a level of health and environmental safety testing for newly introduced industrial and agricultural chemicals. But despite public outcry and scientific concern about methyl iodide, it was also approved for use in California in 2010 — apparently in violation of California’s own regulatory procedures for new pesticides.

What’s that you’re asking? Was that perhaps a totally bunk decision, motivated by politics and corporate PR rather than science or existing legal protections for California workers, consumers, and residents? Why YES! Good question: you’ve hit the nail right on the hammer! At least, plaintiffs in the current case against methyl iodide are nodding vigorously, and seem to have evidence to back their claims.

Last year lawyers for Earthjustice and California Rural Legal Assistance, Inc. filed suit on behalf of several environmental and farmworkers’ rights groups, challenging methyl iodide’s approval. All arguments are now completed, and the case is being considered by Alameda County Superior Court Judge Frank Roesch. A decision is expected within a few weeks.

According to a recent article in the Atlantic,

Methyl iodide has made no shortage of enemies since being approved. In addition to labor and environmental organizations, their numbers include 35 California legislators who signed a letter last April asking the EPA to “suspend and cancel” all uses of methyl iodide in the United States. At about the same time, the current governor of California, Jerry Brown, promised to reconsider the state’s decision to register methyl iodide. The EPA has opened a public comment period on a petition, asking it to ban methyl iodide, and so far more than 200,000 citizens have written in support of the ban…

Judge Frank Roesch, who is hearing the California case, is showing that he is no pushover. According to a press release from Pesticide Action Network North America, a plaintiff in the California case, the judge said he found no evidence that the state officials had ever considered not approving methyl iodide. Without such evidence, the judge said that he could not see how the state could “prevail in this lawsuit.”

Well… GOOD! Because I, for one, have just about had it up to my eyeballs with agricultural product approval and use FOLLOWED BY serious environmental and health concerns. Here’s an idea: let’s not approve new agricultural chemistry or practices unless they’ve actually been proven– yes, by honest scientific evaluation!– to be environmentally nondestructive and (this is important!) NOT hazardous to human health. How ’bout that?!

Scientific research clearly shows methyl iodide to be too toxic for agricultural use. The arguments attempting to justify its continued use are weak weak weak weak. This case has huge accountability implications for corporate and governmental agencies, who for far too long have prioritized issues other than reasonable health and environmental standards for agricultural policy decisions.

We deserve better, fellow food consumers! If you agree, and would like to express support for a ban of methyl iodide, sign this. Because you know what they say: the squeaky wheel gets the noncarcinogenic nonneurotoxic non-miscarriage-inducing non-endocrine-disrupting food production system!

The bottom line is that there’s just no good reason for a civilized society to tolerate this kind of lackadaisical mismanagement of environmental toxins. If Judge Roesch agrees, methyl iodide may be on its way out of the US agricultural scene, and more transparent scientific evaluation of agricultural chemicals could be right around the corner.

Bring it on, Judge! … both developments are long overdue.