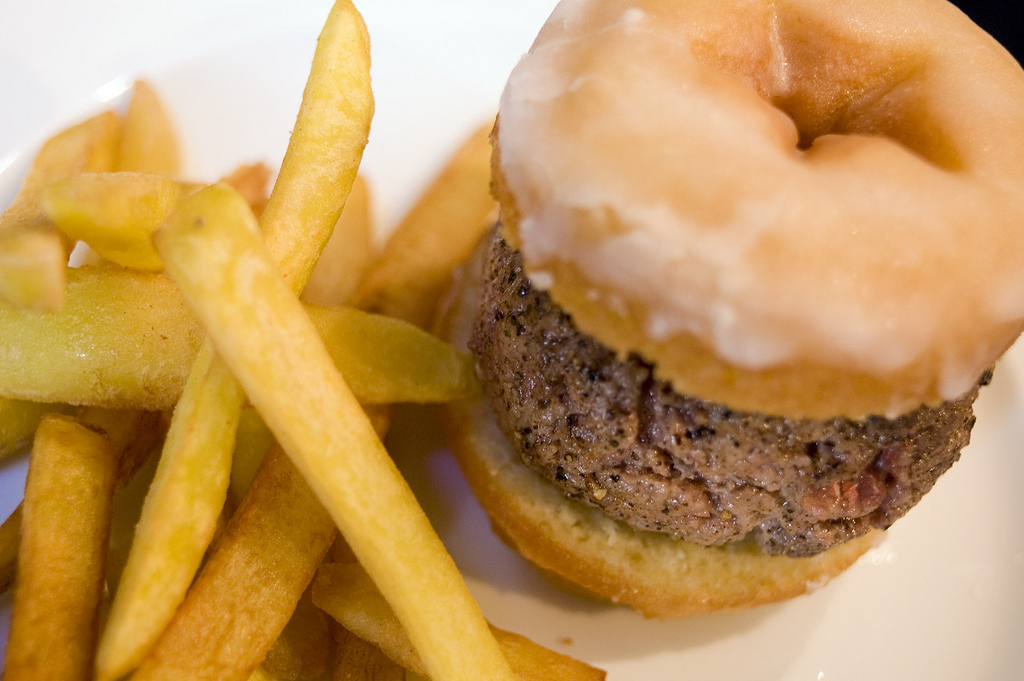 We’ve all seen it by now. The South’s favorite chef, and Queen of the donut burger, has copped to withholding information from her adoring fans (and critics): Paula Deen has been diagnosed with Type 2 diabetes. And she’s known for almost three years.

This little tidbit has ensured every socially-conscious blog will have an opinion, ranging from the downright disdainful, to the sympathetic, if not chastising. It’s a fine line to toe, making an example of someone for the betterment of the nation’s health, while not making light of a serious condition like diabetes.

For vegetarians and vegans, however, this news really came as no surprise. We’ve all done our research on the links between diabetes, heart disease and extremely meat and dairy laden, highly caloric meals. But as Food Politics by Marion Nestle pointed out, much to everyone’s surprise, the American Diabetes Association didn’t jump on the “I told you so” bandwagon:

Also reported in the New York Times, there are plenty of other chefs on the Food Network who far outweighed Deen in terms of bad-for-you grub. While Deen has many “calorie bombs,” as the author described it, chef Thomas Keller’s “tasting of potatoes with black truffles,” is made with cream and butter and totals 494 calories, while a similar meal by Deen, oven-fried potato wedges made with mayonnaise, are 328 calories per serving. Not exactly a Big Mac calorie count.

However, there is no denying this glorification of non-stop eating with no signs of stopping, and no discussion of the outcome, isn’t good for America’s health. And Marion Nestle assures us you can, in fact, eat your way to Type 2 diabetes. Don’t believe the hype.

Nestle calls out Deen, not for having a disease, but for how she is choosing to treat it. Nope, no mention of weight to be found, Deen is instead a spokesperson for the drug Victoza, used to treat diabetes. Dubious, says Mother Jones. It’s certainly a conflict of interest, and not exactly the good-neighborly route to take.

And at $500 per month, that drug is a whole lot more expensive than a gym membership. Deen’s middle class, Southern constituents might have a hard time jumping on that bandwagon. Perhaps Deen will accompany this news with a little change to her menu. After all, as mentioned above, not EVERYTHING she cooks is abhorrently bad for us. But it would be nice for associations like the ADA and media companies like the Food Network to meet us halfway. (Or as Vegansaurus mentioned, maybe try a little vegan therapy). Thanks, ya’ll.