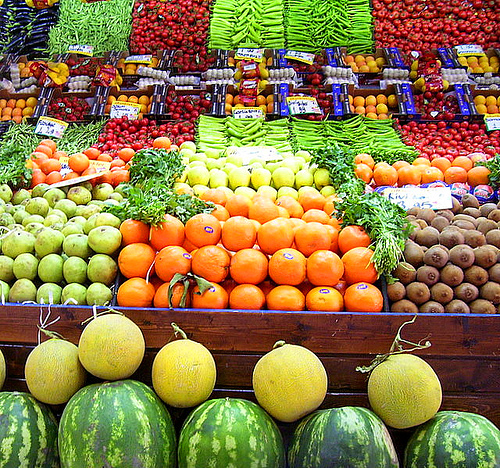 According to a study published in the January 2012 American Journal of Clinical Nutrition, a diet rich in plant-based compounds reduces risk of death from heart disease and stroke.

Flavonoids are considered to be beneficial due to their anti-inflammatory and antioxidant properties, limiting cellular damage that can cause chronic disease. These plant-based compounds are known to play a role in reduced cancer risk, as well as in the reduced risk of heart disease for women with type 2 diabetes.

Nearly 100,000 mature adults participated in the study, with an average age of 70. Participants filled out questionnaires on diet, lifestyle, and medical history, and then researchers tracked their health status for seven years. Researchers accounted for relevant risk factors such as high cholesterol, obesity, hypertension, and family history of heart disease.

Overall, those consuming the most flavonoids demonstrated an 18% reduced mortality rate from cardiovascular and cerebrovascular disease, compared to those consuming the least. Mortality from heart attacks plummeted even further: risk of fatal heart attacks was reduced 25% (men) to 40% (women) among those eating the most flavonoid-rich food. Men with the highest intake of flavonoids were 37% less likely to experience a fatal stroke.

Lower risk of cardiovascular death was also observed in the groups between the highest and lowest flavonoid consumers, suggesting that even moderately increased consumption conveys measurable health benefits.

Researchers emphasize that flavonoids are found in foods known to have other health benefits, so it’s difficult to state with certainty that the flavonoids themselves produced the beneficial results. For example, another recent study also linked consumption of magnesium in leafy greens and other plant foods to reduced risk of ischemic stroke. Past research has shown negative cardiovascular effects from high levels of meat consumption, so perhaps some of the benefits from plant-rich diets come from ‘crowding out’ less healthy foods.

The precise mechanism of benefit may be unclear, but the results are consistent and unmistakable. When it comes to debility and death from cardiovascular disease, plant foods do a body good.