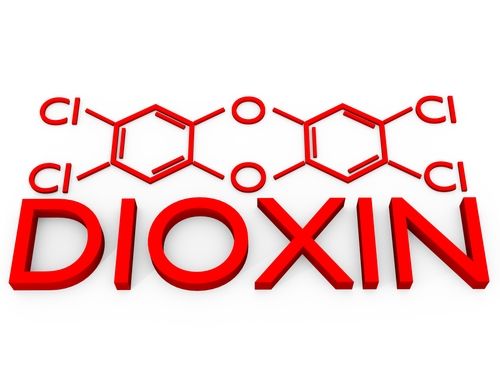 The EPA is due to release a report recommending a limit to the amount of dioxins in the diet. The Food Industry Dioxin Working Group (FIDWG) opposes those limits.

The report is supposed to be released at the end of January. The EPA is recommending a limit of 0.7 picograms of dioxins per kilogram of body weight.

The European Union sets the limit at 1 pcg/kg of body weight, while the WHO says 1-4 pcg/kg is acceptable. The FIDWG takes an average of recommended limits from several governments and says the international standard is 2.3 pcg/kg.

In a December letter to the EPA, the FIDWG asked that the agency reconsider setting the limit so low because it might “frighten consumers about the safety of their diets”.

Interestingly, they go on to say that nearly every American would exceed the 0.7 pcg/kg limit in a single meal or heavy snack.

The FIDWG seems to think that I will become frightened of my food and avoid it now that I know my food contains close to the average international limit of dioxins, but I don’t see an alternative to eating.

I think the likely result of the EPA’s recommended limit will be a dioxin monitoring program that will pinpoint areas of more contamination. Currently, there is no such program in place. Dioxin monitoring is random and scarce in the U.S.

The EPA’s proposed dioxin limit will only make us safer and promote more confidence in the American food supply, not less.

Dioxin refers to a large group of chemicals, of which seventeen are toxic to humans. They are formed as a byproduct of industrial processes and some natural processes.

Dioxins are not produced intentionally, but in the last few decades, many industries have shifted processes and materials in order to avoid producing dioxins and dioxin-like chemicals. Dioxins have decreased in the environment over the last decade. However, dioxin lingers in the environment for a very long time.

How Can We Reduce the Amount of Dioxins in Our Diet?

Dioxins accumulate in fatty tissues. Eating lower on the food chain is the easiest way for the average American to avoid dioxins.

Taking measures to reduce industrial production of dioxins has already started paying off, but some areas are still contaminated from past pollution.

Reducing the contamination of feed for livestock is another important measure. Fish meal has a high potential for dioxin contamination, since fish are higher up on the food chain.

What is the Food Industry Dioxin Working Group?

The Food Industry Dioxin Working Group is composed of major players in the food industry: