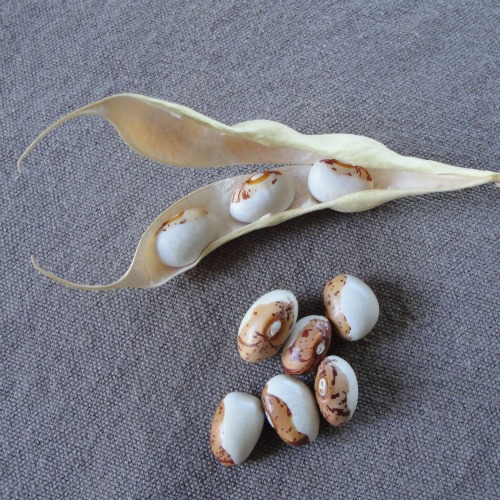 As we fret over the increasing loss of biodiversity through extinction , we can be thankful for the dedication of a few individuals who spent almost every waking moment devoted to saving it. And they haven’t stopped yet. Gathering, Memoir of a Seed Saver, is the autobiography of Diane Ott Whealy, co-founder of Seed Savers Exchange.  It is the story about a life committed to saving the seeds of thousands of plants, most of them edible, to ensure they would not disappear, all while homesteading and raising five children.

A Movement Sparked by a Flower

What is now the largest seed saving organization in the country (perhaps the world?) had humble and innocent beginnings: homesteading newlyweds who wished to continue the bride’s family tradition of cultivating the morning glory that her great-grandparents brought from Bavaria, to their new home in Iowa. From this sparked a life-changing passion to rescue seeds from plant varieties that had very limited distribution: some were saved only by being handed down through families (heirlooms).

Ott Whealy tells the engaging and unpretentious story of Seed Savers Exchange, a nonprofit organization with a grassroots movement to propagate, save, and share seeds from mostly food plants that are either heirlooms, or just plain rare. Ott Whealy and her former husband Kent Whealy, started the organization in the 1970’s, never imagining that it would become the lead organized effort for preventing the extinction of thousands of unique plants in North America.

Over 35 years later, the current 2011 yearbook boasts an astonishing 13,876 types of open pollinated (non-hybrid) plants to be shared with anyone who requests them. As the Whealys got the word out about their undertaking, other seed saving individuals contacted them and they joined forces in this heroic effort. Seed Savers Exchange was entrusted with large collections from other passionate gardeners who feared that their seeds could be lost, and as a result the scope and responsibility of the organization grew.

The tasks involved are not trivial- seeds must be not only be grown, collected and saved properly to remain viable, but  fresh seed is needed periodically, and care must be taken to protect each particular cultivar from accidental crossbreeding. Additionally, detailed records are kept. The rewards are no less than the preservation of our agricultural heritage and genetic diversity. Just as compelling, are the stories these seeds carry with them informing us about our past.

Today Seed Savers Exchange headquarters is located at Heritage Farm, the Whealy’s former home, in Decorah Iowa. The garden areas have been expanded and now include a heritage apple orchard. The book is an enjoyable read, and among the many charming stories is a description of how Amish carpenters restored the huge historic barn at Heritage Farm, badly in need of repair.

You can check here for Ott Whealy’s book tour and lecture schedule.