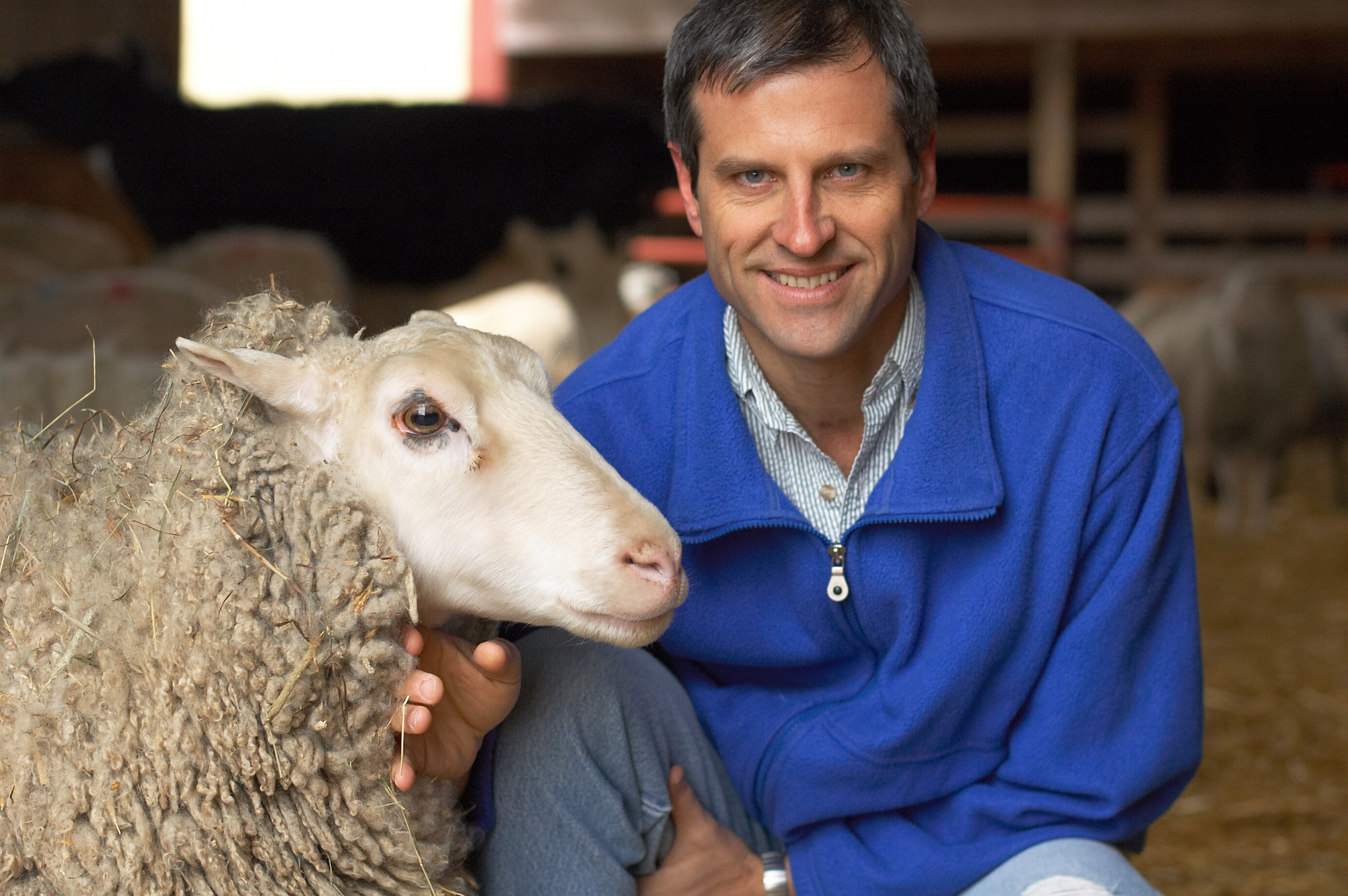 By Gene Baur, president and co-founder of Farm Sanctuary

Over the last half-century in the U.S., small farms have been replaced by large, industrialized operations that treat animals and the natural world as mere commodities. This factory farming system, which slaughters animals by the billions, costs us all dearly.

Against Our Better Natures

Factory farms confine animals by the thousands in massive warehouses. Millions are packed in cages and crates so tightly that they can’t walk, turn around or even stretch their limbs. According to agribusiness research, more than 40 percent of consumers think that our country is on the wrong track in terms of how we produce food, with another 20 percent uncertain about the soundness of our food supply. And yet the majority of people are not acting on these misgivings.

Agribusiness counts on this complacency, but we can’t afford it. In thoughtlessly consuming what the industry puts in front of us – in choosing to ignore the suffering it exacts – we are complicit not only in the denial of the sensitive, intelligent nature of the animals who become our food but also in the denial of our own natural sensitivities and intelligence.

Against Our Better Interests

Beyond this moral dilemma, factory farming has significant implications for our welfare and the viability of our planet. As just one example, stressed and confined in filthy, cramped quarters, factory farmed animals are constantly at risk for disease. Agribusiness relies on the regular administration of drugs and chemicals to keep the animals alive and productive. The majority of the antibiotics sold in the U.S. are given to farm animals. This overuse has been linked to increased drug resistance in common bacteria, a phenomenon that diminishes our ability to treat illness in humans.

According to a United Nations report, factory farming is also one of the top contributors to our planet’s most significant environmental problems, including “land degradation, climate change and air pollution, water shortage and water pollution and loss of biodiversity.” Raising animals for food is terribly wasteful, demanding vast quantities of increasingly scarce resources, including water, topsoil and fossil fuels, and the exorbitant quantities of excrement generated by factory farming poison our land, water and air, threatening both ecosystems and human communities.

By educating ourselves, urging our elected representatives to support reforms, and requesting more plant-based foods in our grocery stores and restaurants, we will be the change our food system needs.

Through farmer’s markets, CSAs and community gardens, we can cultivate a food supply that centers on eating plants instead of animals; that supports our health instead of undermining it; and that helps us preserve the natural world and our relationship to it – a food system that connects us to the best we have to offer each other.

Baur, and more than 30 experts from across the public health, environmental, and animal welfare movements, will be speaking about the consequences of factory farming at the first National Conference to End Factory Farming: For Health, Environment and Farm Animals in Arlington, Va., on October 27-29. For more information and to register, visit factoryfarmingconference.org.

Gene Baur, president and co-founder of Farm Sanctuary, campaigns to raise awareness about the negative consequences of factory farming. He has conducted hundreds of visits to farms, stockyards and slaughterhouses to document conditions, and his photos and videos exposing factory farming cruelty have been aired nationally and internationally, educating millions. His book, Farm Sanctuary: Changing Hearts and Minds About Animals and Food, a national best-seller, is a thought-provoking investigation of the ethical questions surrounding beef, poultry, pork, milk, and egg production — as well as what each of us can do to promote compassion and help stop the systematic mistreatment of the billions of farm animals who are exploited for food in the U.S. every year.