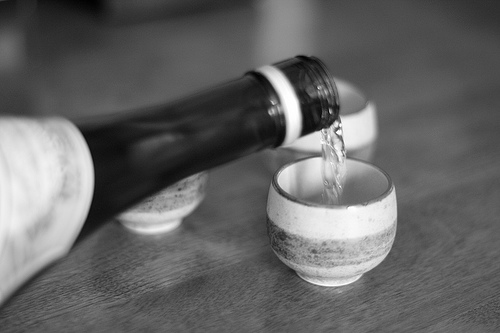 Sake is often called a rice wine, although it is brewed more like a beer, rather than fermented like a wine. The founder of the Texas Sake Company, Yoed Anis, wanted to see if he could make sake from Texas rice. Using traditional brewing techniques (not those new-fangled, industrial processes that so many brewers today are using), he found out that he could make sake from Texas rice.

A Brief History of Rice in Texas

The coastal area of Texas is wet, rainy, and, in some places, quite swampy. Rice is a good crop for those areas and the organic farming of rice keeps the bayous clean and lively with animals.

In the early 1900s, a Japanese delegation came to Texas and felt there was a lot of potential for rice growing. A project was started and Japanese rice growers moved to Texas, bringing their varieties of rice with them. The rice was successful and still maintains a large share in the Texas rice market.

This is fortunate for the Texas Sake Company, since only Japanese rice strains have the necessary properties for brewing sake.

Today, about ten percent of Texas rice is grown organically, providing the Texas Sake Company with a good supply of a quality ingredient.

The sakes will debut at their Grand Opening Party on International Sake Day, October 1. In the meantime, the sakes can be pre-ordered online, but only for shipping in Texas.

Image of sake in cups by Martin Cathrae, used with Creative Commons license.