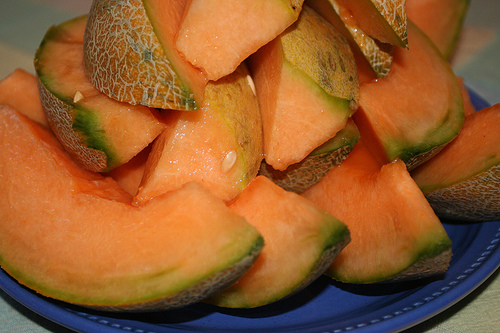 Del Monte is suing the FDA and the state of Oregon over a cantaloupe recall from March of this year.

A Short History of the Cantaloupe Recall

Through epidemiological methods, the CDC and the state of Oregon concluded that the salmonella came from cantaloupe from the Asuncion Mita farm in Guatemala owned by Del Monte.

Due to the overwhelming indications, the FDA asked Del Monte to perform a voluntary recall. At that time, the FDA did not have the power to force a recall.

On July 15, the FDA did have the power to impose an import alert on melons from Asuncion Mita. This means that Del Monte has to prove the cantaloupe is safe to eat before the import alert will be lifted.

Rather than perform enough testing to prove the cantaloupe is safe, Del Monte is suing both the FDA and the state of Oregon.

It’s rare that an illness-causing organism is identified directly from the contaminated food. Epidemiology relies on narrowing down the possibilities until only one possibility is left.

Lawsuits – Both Good and Bad

Since the FDA now has the power to force recalls, the food industry seems to be looking for ways to fight back. One way is with the threat of lawsuits.

It’s important to retain the right to sue; both citizens and corporations need this right to keep the government from overreaching its powers.

However, frivolous lawsuits simply drain the agency’s budget. The FDA has limited funds to do its job. Every taxpayer dollar that goes to defending against lawsuits is less money spent keeping contaminated food out of the stores.

This lawsuit is especially frustrating, since Del Monte only has to set up a testing system for the fruit to prove it’s clean. They wouldn’t even be required to continue the testing once the import alert was lifted.

It would likely be cheaper to do the testing this time around, but the chance that the FDA might find them responsible for another outbreak – Del Monte is a very large corporation with farms all over the world – would mean the expense of another round of testing. Pressuring the agency and Congress with a lawsuit is cheaper in the long run.