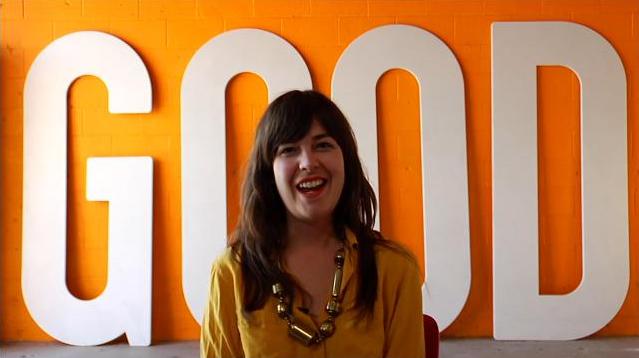 Following in the footsteps of Oprah and the Harpo crew, I guess, the folks over at Good.is have decided to go vegetarian for 30 days. Why? Not for one reason but for the numerous reasons we discuss here on Eat Drink Better every month:

It’s fast becoming a well-known fact that eating less meat is good for the earth. Dr. Rajendra Pachauri, chair of the United Nations Intergovernmental Panel on Climate Change, has said that “in terms of immediacy of action and the feasibility of bringing about reductions in a short period of time, [people eating less meat] clearly is the most attractive” way to fight climate change. Authors from Upton Sinclair to Jonathan Safran Foer have detailed the horrific animal cruelty and human-rights abuses associated with factory farming and meat processing. And most doctors will tell you that eating fewer animal products is simply better for your health. As beloved food writer Michael Pollan has summed it up, “Eat food. Not too much. Mostly plants.”

Here’s more on this in video format:

It’s great to see more and more people (and even companies) recognizing all of this and takings initial steps to make a change in their lives.

This 30-Day Challenge is actually one of many such challenges the GOOD crew are taking on to try to make the world a better place. “Things are easier said than done, or so the old adage goes, and we couldn’t agree more. That’s why we do The GOOD 30-Day Challenge, a monthly attempt to live better.”

I hadn’t heard about these challenges before but am curious to check out the rest now.

Though they sometimes fail, they keep on truckin’. “Though we failed last month’s driving challenge, a majority of GOOD staffers have committed to cutting down their meat consumption or giving up meat entirely for the next four weeks. Some people who were already vegetarians (myself included) will try to go vegan,” Senior Editor Cord Jefferson writes.