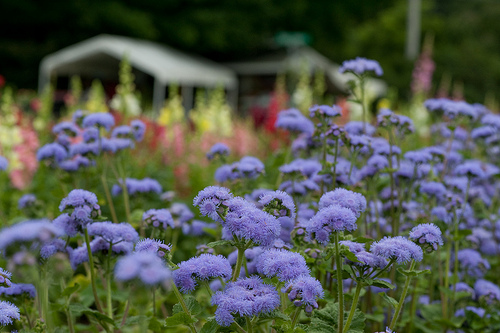 ATTRA funding was cut to zero in the latest round of budget deals. ATTRA (Appropriate Technology Transfer for Rural Areas), also called the National Sustainable Agriculture Information Service, provides information and technical assistance to farmers, ranchers, extension agents, educators – anyone who needs information about sustainable agriculture. Much of the information is free and available on the internet.

ATTRA was formed in the 1985 Farm Bill to gather information about sustainable agriculture and then relay that information to anyone who needs it. ATTRA performs their own research as well as studying best practices on successful small farms.

ATTRA is run as a joint project between the USDA and the National Center for Appropriate Technology (NCAT), a non-profit organization. The USDA provides the funding and NCAT takes care of the management and maintenance of the databases.

What Does ATTRA Offer?

ATTRA researches and compiles proven information on a variety of topics related to running a sustainable agricultural business. They deal with how to grow specific crops: apples, blueberries, sweet corn, mushrooms, and tomatoes, to name just a few.

They have publications on how to grow less common (and, perhaps, higher-profit) crops, such as ginseng, specialty lettuce and greens, and edible flowers.

They also cover topics such as agro-forestry, alternative energy systems (small-scale hydro power and solar), and energy efficiency specifically for farms. They offer details on both how to assess the viability of such technologies for your situation and the technical specifics for getting such systems running.

Anyone can use ATTRA. The organization has an entire series of documents on starting a farming business for beginners. The series covers a whole range of topics, from finding and securing land for farming to market gardening to marketing strategies.

Experienced farmers can also find a lot of information from ATTRA. ATTRA maintains a list of organic seed suppliers. They have documents on pest management, water management, reducing erosion in a variety of situations, and finding new markets for crops.

More than three hundred of their publications are online and free for downloading. Participants in our Grow Your Own Food Challenge might be interested in many of ATTRA’s publications.

Why Was the Funding Cut?

ATTRA’s funding was $2.8 million (with an “m”). In the effort to find $40 billion in programs to cut, Congress went through the federal budget line-by-line and selected what they referred to as earmarks. Earmarks are typically considered boondoggles for a small area in a congressional district, but ATTRA serves a national constituency.

According to ATTRA, in 2010, there were over 60,000 calls to their 1-800 phone line, 5.8 million unique visitors to their web site, and 4.3 million downloads of publications. Their webinars and workshops, which are great because we can ask questions directly of the experts as well as bounce ideas off other experienced farmers, reached 177,000 people.

ATTRA does all this for less than a penny per person in the United States.

NCAT has staff talking to legislators in the hopes of reinstating funding for ATTRA. If this is unsuccessful, ATTRA may disappear altogether. You can contact your senators and representative and let them know this isn’t just somebody’s pet project. It’s a project that benefits farmers, ranchers, and gardeners, all small businesspeople, across the United States.

Another possibility includes charging fees for the publications and personnel. That’s certainly sensible, but I suspect that queries for the information would drop way down. Farming and market gardening typically have narrow profit margins. Small businesspeople will ask other farmers for advice (because it’s free) before paying for professional help. As with anything, sometimes our neighbors have good advice for us, but sometimes they’re just guessing.

The other option is accepting donations from corporations, philanthropic organizations, and ordinary citizens. If you have extra cash lying around (yeah, I know, none of us do), you might consider donating what you can to a worthy project. The donation is tax-deductible in its entirety.