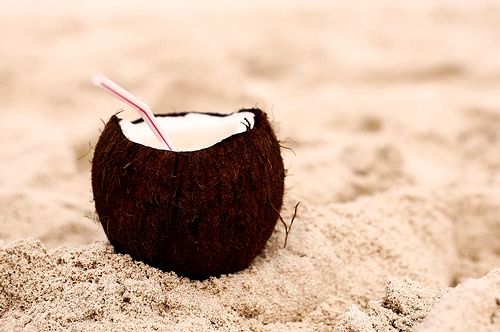 Almost everyone who knows me knows that I am obsessed with coconut. I just can’t get enough of the stuff. (I also really love mango and extremely spicy food… perhaps I’m not meant to live in the Midwest?)

I love coconut so much that I eat some sort of coconut product two times per week. Lately I began to worry whether or not I might be eating too much coconut. After all, hadn’t I heard that coconut is high in saturated fat?

Lauric acid has potent antiviral, antifungal, and antimicrobial properties. It’s one of the most important essential fatty acids in maintaining the body’s immune system. So eating coconut in moderation can actually be good for your health.

Here are some of my favorite ways to enjoy coconut!

Tropical Asian cuisines like Thai, Indian, and Indonesian lend themselves very naturally to vegan cooking. Coconut oil and milk are key staples of these food cultures.

Shredded coconut is the secret ingredient in my granola, and it’s also great on steamed pumpkin or banana for an ethnic vegan breakfast.

Image courtesy of brandon king via a Creative Commons license.