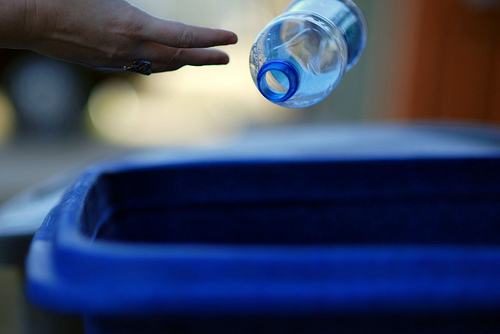 One Oregon county has banned the purchase of bottled water using county funds. Multnomah County, which includes Portland, passed the ban after a unanimous vote.

Why Ban the Bottle?

The ban was part of an effort led by Commissioner Barbara Willer to reduce the county’s spending and their environmental impact.

By now, it’s pretty clear that bottled water is not so hot for the environment. Between the shipping, the plastic bottle, and the means that many large companies use to get that water, it’s bad for the planet and the people.

Not only is bottled water a waste of resources, it’s a waste of money. As Commissioner Willer points out, “Buying bottled water is more expensive than buying gas.” The county stands to save between $20,000 and $30,000 each year.

There are two key things that I think will make this ban effective. First, they’re not looking to ban bottled water sales in the county. While I’m not crazy about bottled water, restricting commerce in this way would only have further polarized folks, and we need to do less of that and more educating.

Second, they’re recommitting themselves to making sure Multnomah’s water is safe and to educating consumers about tap water. As Oregon Live points out:

The Food and Drug Administration regulates the bottled water industry and requires water testing six times a month, while the Environmental Protection Agency monitors water bureaus such as Portland’s and requires testing 300 times a month.

Like Jeannie mentioned last week, fear is one of the key ways that bottled water companies market their product. If we want more folks to take back the tap, we need to cut through those scare tactics and show that tap water is safe. It feels like Multnomah County is getting this one right.