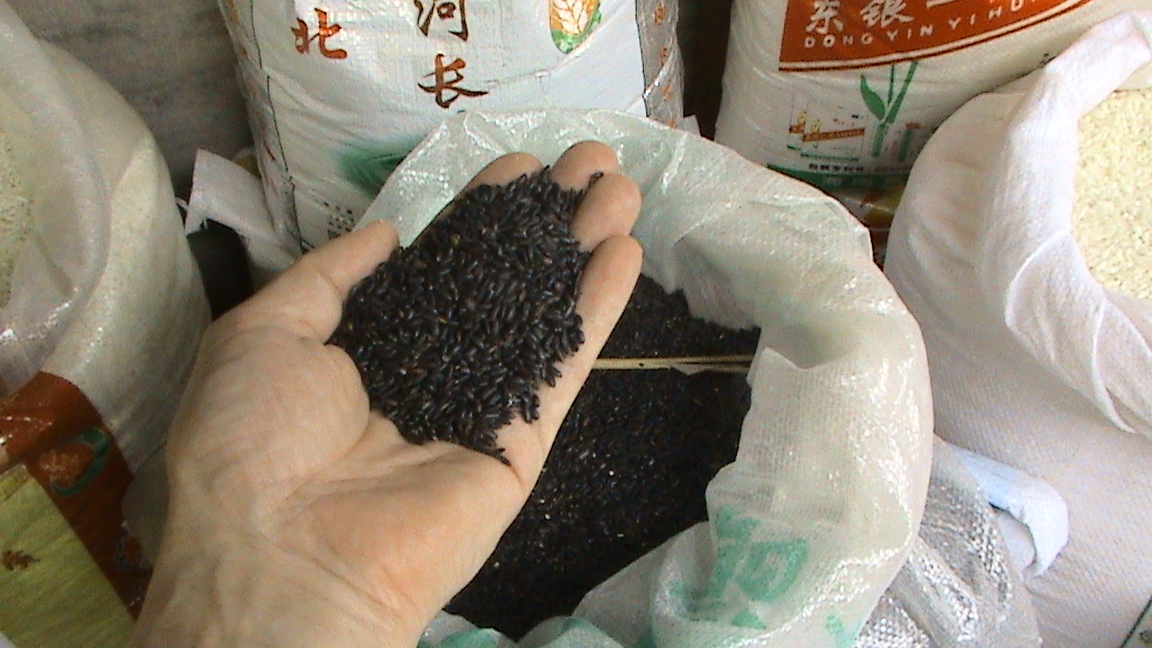 Maybe the ancient Chinese nobles were onto something when the forbade commoners from eating black rice.  It’s not because black rice is harmful – it’s because it’s delicious and healthful, and the nobles wanted it all to themselves.  Hence its moniker, Forbidden Rice.

Black rice is no longer forbidden and will likely become more common in the US as its nutritional properties are uncovered – it’s loaded with antioxidants and has other benefits as well.

Cheaper replacement for the “superfood” blueberries

Blueberries have recently been touted a “superfood,” as their high antioxidant content can help ward off aging, cancer and disease.  The deep purple hue that blueberries and black rice share is a product of the antioxidants they contain, as black rice has the same properties.

For most people, blueberries are not much more than an occasional treat because of their price.  Black rice has the same superfood properties as blueberries, but it is much cheaper.  It also has more fiber and less sugar than blueberries.

It is pretty well known that brown rice is healthier than white rice.  This is because brown rice contains more fiber and lipid-soluble antioxidants (the really good ones) than white rice.  White rice is simply brown rice with the outer shell removed.  When the shell is removed, so are some nutrients.

Black rice is not directly related to brown rice or white rice, but it contains even more of these healthy compounds than brown rice.

While it’s very healthy, the taste of black rice may not be for everyone.  It plays much less of a supporting role in dinner compared to white or brown rice.  Black rice is said to have a complex taste – a deep, nutty flavor, with a hint of floral.  It is also even chewier than brown rice – a possible turn off for people.

As an added bonus, black rice bran may be a new alternative to food coloring.  Current food coloring additives have been rumored to cause anything from cancer to hyperactivity  to low sperm counts.  Not all food coloring is vegan, either.

Since black rice has such a deep purple hue, it could possibly be used to color things anywhere from pink to black.