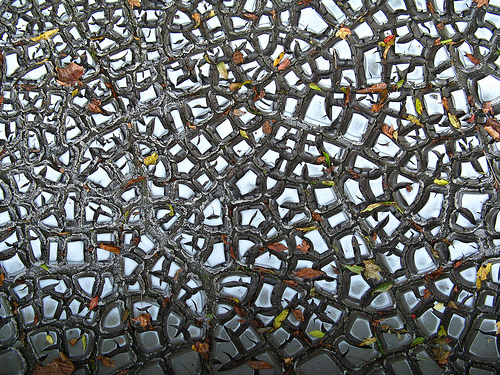 Biosolids are a class of fertilizers and composts made from treated sewage sludge.  It has been shown that biosolids contain heavy metals and other toxic chemicals, yet these make their way onto crops year after year.  There is not enough evidence to suggest that biosolids pose a hazard to humans, but there has not been enough research either.  The lack of evidence doesn’t necessarily mean that there isn’t a problem, but the EPA hasn’t learned this yet in science class.

Biosolids is basically a euphemism for giving people their own waste back to them in the form of fertilizers and composts, with the bonus of additional toxins.

Don’t get me wrong, I love euphemisms.  They make unpleasant things sound so much more pleasant.  One of my favorite euphemisms is when my grandmother calls the room with a toilet and a sink in her house the “powder room.”  Ladies don’t use the toilet, they go to powder their noses.

The powder room is an example of a cute and harmless euphemism, but other times euphemisms can pretty close to lying, and the term biosolids is basically that.

It is quite common to put animal waste in soil to grow crops.  It sounds really gross, but the bacteria in the soil break down the waste products to make nice healthy soil.  This is the beautiful cycle of life.  Most scientists agree that uncontaminated human waste makes great fertilizer, because it is rich in phosphorus and nitrogen.

Humans sort of ruin everything in this cycle by flushing the toilet.  We flush our waste down the toilet, then this natural waste water gets mixed with toxic waste water from other industrial and commercial processes.  Anything that was possibly beneficial for the soil in our human waste is now mixed with industrial chemicals.

The biggest problem is that there hasn’t yet been adequate testing to determine whether there is an issue with using biosolids on crops.  There are plans to do so, but this has been going on for years before someone gets around to testing it.

You can read for yourself how benign the EPA makes biosolids sound here: http://water.epa.gov/polwaste/wastewater/treatment/biosolids/genqa.cfm.  No where do they mention that it contains heavy metals and endocrine disruptors.

This is just another example of where it is assumed that lack of evidence is the lack of an issue, and where a massive experiment will be run on unknowing citizens.  The American way – do whatever you want until someone with power notices and cares that people are getting sick.  Maybe biosolids are fine and no one will get sick, but can’t it at least be studied first?

San Francisco’s sewage sludge give away

It’s just a cheap way for municipalities to discard of their waste.

The residents of San Francisco are given biosolids for free by the city’s Public Utilities Commission.  Now San Francisco is not only busy banning happy meals, but they are trying to keep this toxic concoction out of their food and gardens.

This is a photograph of “the drying bed for the sludge from a small sewage treatment plant. The slurry is pumped onto a sand filter and the water drains back into the treatment tanks.”