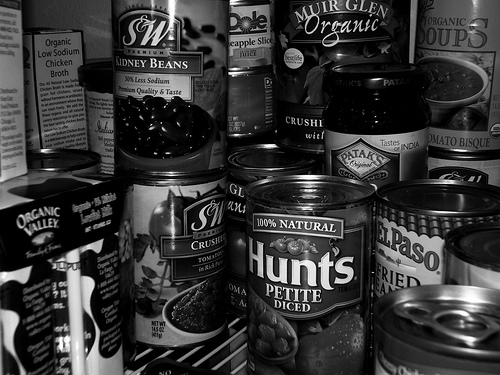 NRDC filed a lawsuit against the FDA today, pushing the agency to ban BPA in food packaging.

The lawsuit is a follow up to a 2008 petition that the FDA never acted on. Food CEO spoke to some experts from NRDC about the lawsuit:

“BPA-free alternatives are already available and on the market. The FDA has no good reason to drag their feet on banning it,” said Dr. Sarah Janssen, a senior scientist in the Environment and Public Health program at NRDC. “It’s upsetting that food is most people’s primary source of exposure to BPA. The FDA should act now to eliminate this unnecessary risk.”
[…]
“The FDA has failed to safeguard the food supply and protect the public from harm,” said Aaron Colangelo, an attorney with NRDC. “The FDA’s failure to regulate this chemical in food packaging is unjustified, and so we are forced to ask the court to intervene and order the agency to take action.”

We’ve seen companies like Eden Foods respond to consumer pressure about BPA, but I agree with the folks at Fair Food Fight on this one: it’s going to take some kind of regulatory action to really get food companies to take this food safety concern seriously.

Even companies who say they’re working to remove the endocrine disruptor from their canned goods seem to be dragging their feet. Muir Glen announced that they’re phasing out the toxin in their organic line but won’t say when, and the company isn’t planning to label the new, safer cans as BPA Free.

Canned food isn’t the only dietary source of BPA. Researchers have found the stuff in soft drinks and single use plastic water bottles, just to name a couple.

What do you think? Is it going to take a successful lawsuit to get BPA off of grocery store shelves, or is voting with our pocketbooks enough?