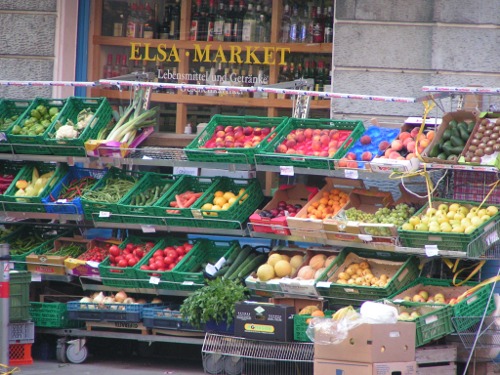 Organic Monitor, a group that follows organic sales in Europe, recently reported a 13% drop in organic food sales last year.  Smaller but significant drops were seen elsewhere in Europe.  This group attributes much of this to the economic turn-down, but also to some consumer confusion. “Whilst consumers are demanding products with low environmental and social impacts, the plethora of logos and symbols is creating consumer confusion.” Those are probably important factors, but there may well be more.

Last July it was widely reported in the UK that the British Food Standards Agency had published an extensive review of 50 years of literature and concluded that Organic food is no healthier and provides no significant nutritional benefit over conventionally produced food.  When people’s budgets are stretched or their confidence in the future eroded, this sort of information would diminish interest in paying the “Organic Premium.”

Europe Has an Agricultural Productivity Issue

On May 11th of this year an independent research center in Brussels called OPERA released a report titled: “EU Agricultural Production and Trade: Can More Efficiency Prevent Increasing “Land-Grabbing’ Outside of Europe?” It showed that in 2007/8 Europe’s demand for food, animal feed and biofuels led to a net importation large enough to require 35 million hectares of farmland outside of the borders of Europe – a 40% increase since 1999.  This represents an area about the size of Germany!

The report also observed that if the EU were to expand Organic acreage to 20%, it would increase “virtual land importation” by another 30%.  The authors called on European governments to focus on increasing productivity to reverse this trend of exporting their farming footprint.  From their analysis, Organic would be exactly the wrong direction to go.

Whether some UK and European consumers are responding to these reports or just watching pennies is difficult to determine.