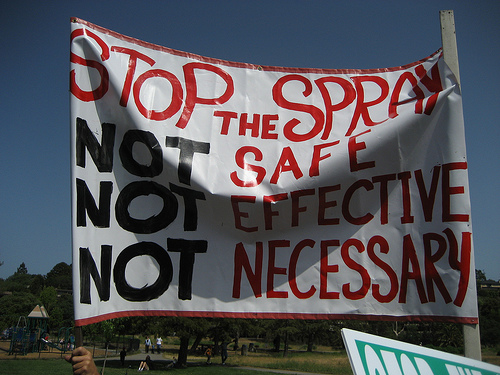 Rather than trying to combat big business or the federal government, the people who initiated food politics 40 years ago turned away from policy reform and instead formed an alternative. Today, the alternative food movement is based on the premise that, if enough people stop supporting the industrial food system, then market forces will drive reform in food policy.

The industrial system depends upon economies of scale to increase production and lower consumer costs. However, lower food costs often come with unseen expenses such as health concerns, environmental degradation, and social injustice. Many alternative food activists think that these problems could be alleviated by shifting from industrial agriculture to small-scale, organic, eco-conscientious agricultural practices.

I support alternative food. I’m an intern on a small-scale, “beyond-organic,” Joel-Salatin-style farm. But I have yet to be convinced that the current trajectory of the alternative food movement is going to create a truly sustainable agriculture.

Gorgeous farmers-market fare with prices that reflect the true costs of artisanal food production is not going to feed the 6.8 billion people on our planet.

This logic seems pretty weak to me. Sure modern industrial agriculture has a ton of problems. But an alternative food system based on oppositions has its problems as well – namely that it won’t work on the scale required to feed billions of people.

What’s needed is a less polarizing approach, one that goes beyond pitting small-scale, organic agriculture against industrial agriculture. By merging the positive aspects of both types of agriculture and focusing on policy reform, we might be able to form a truly sustainable agriculture, one that can feed 9.1 billion people in 2050 without completely ravaging our natural resources.

Image courtesy of Kevin Krejci via a Creative Commons license.