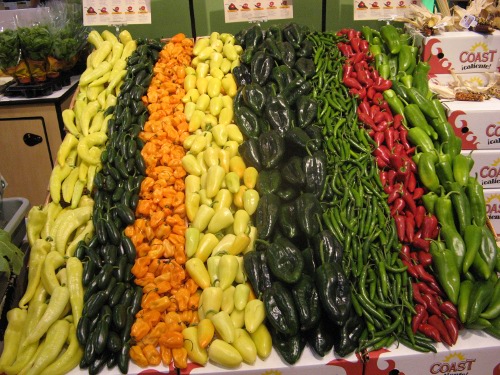 There are measurable levels of MNI’s toxic chemicals in every type of food that has been tested. Most are completely unregulated. There is no requirement that food be labeled to let consumers know that the chemicals are present. You can’t even avoid these chemicals by buying Organic. In fact, Organic produce often has even higher levels of some of the chemicals. You can’t wash them off because they are inside the food. There are very few studies on the long-term effects of ingesting these chemicals and none have ever been funded my MNI itself.  Only publicly funded studies have shed some light on the toxic nature of these chemicals.

This chemical production giant is not a public company so it does nothing to make its activities transparent. MNI has never been successfully challenged in court and isn’t subject to the jurisdiction of any government.

It is “Mother Nature, International”. Yes, “Mother Nature” is actually far and away the largest producer of toxic substances found in our food. Some are seriously dangerous like the mycotoxins I’ve written about before. In plants, most are just moderately toxic “intermediary metabolites” that are made to ward off pests. If I had you worried with the first two paragraphs, I apologize, but I used the style of emotive language I read on many web sites to point out how easy it is to alarm people about “chemicals.” Our educational system has done a poor job of equipping people to understand risk in general and particularly risk associated with chemicals. The old saying, “the dose makes the poison” is quite accurate.

Virtually everything is toxic at some dose. We really do eat “toxic” chemicals every day. There are two reasons this is not a problem: first the doses we get tend to be small, and second our digestive system is built to deal with a certain degree of toxic load. The cells in our intestinal lining only live a few days so that they are not prone to chronic exposure problems.

I made a graph (above) to make a few points about toxicity.  There are many different kinds of toxicity (acute, chronic, teratogenic, toxicity to fish, bees…), but the issues can be demonstrated using one type.  I’m going to talk about acute, oral toxicity which is measured by seeing what rate of a chemical fed to mice or rats will kill 1/2 of a population (the “Oral ALD50”).  It ends up being sort of counter-intuitive in that high values mean something is non-toxic and low values mean it is toxic.  Notice that common table salt has an ALD50 of 3000 mg/kg.  For me, that would mean eating about a third of a standard 26 oz salt container at once.  If the value is 5000 the chemical is essentially non-toxic. I’ve shaded all the “synthetic” chemicals in this list gray and you can see that many modern pesticides fall into that very low toxicity category as do some of the “natural” pesticides that are allowed to be sprayed on Organic crops (shaded green).  Note the one called Spinosad which has this very low toxicity.  It is also extremely widely used in non-Organic agriculture as well because it is quite effective against caterpillars and leaf miners.

Notice that the examples in blue.  These are the somewhat more toxic things to fit what I described as coming from MNI.  Take for instance caffeine.  I’ve seen one calculation that says it would take 94 cups of coffee to give you the ALD of that toxin, so at 2-3 cups a day I’m pretty safe.  I’m guessing that there is enough capsaicin in the all peppers in the picture at the beginning of this blog to kill something large!

What Most People Believe About Pesticides That Isn’t Accurate

When most people hear the word, “pesticide” they are thinking of something like the 60+ year-old insecticide Guthion (Azinphos-methyl) that you see down at the bottom of the graph.   The EPA only allows a few, very restrictive uses of that chemical today and plans to phase it out entirely very soon.  Many of the pesticides that really get used are amazingly non-toxic to mammals and quite safe in other dimensions as well.  That’s why when you hear someone talking about how many pounds of chemicals are used, it really does not give you any information unless you know which ones they are talking about.

What Most People Believe About Organic That Isn’t Accurate

If people know that Organic crops are sprayed with pesticides they usually assume they are non-toxic because they are “natural.”   As you can see from the graph, things like the copper fungicide, Kocide, and the fungicide, Lime Sulfur are kind of on the toxic side.  They also are used at very high rates compared to the new synthetic options.  Still, the risks they represent are small enough that the EPA allows their use.

It may not be fashionable to say so, but I believe that the EPA does a very good job of regulating toxic materials.  They conduct an elaborate, multi-dimensional risk assessment before deciding to approve the use of a chemical.  Even within that approval they can limit the crops, rates, timing (e.g. relative to harvest) and location (e.g. not near water…) of each chemical.  The data for this analysis costs millions of dollars to generate and the applicant has to pay for that.  Most of the actual work is done in specialized contract labs that are audited by the EPA.  They can’t afford to “cook” the data because if they were ever caught it would be the end of their business.  There are also lots of independent toxicologists in Universities that help keep the process honest.

You Will Eat Toxins No Matter What

I suspect I’ll hear some objections to this post, but the simple fact is that if you eat, you will eat toxins. The vast majority of them will be the one’s from MNI because there are no regulations about them or any practical way to avoid them.  There are a few foods that actually require a little care in this regard and there is a great site out of New Zealand that describes what to watch out for (red beans, parsnips, potatoes…).  It mostly comes down to steps like cooking (sorry Raw Food enthusiasts) or avoiding something like a potato that has turned green (why we keep them in the dark).  Mostly, I just don’t worry about things and I enjoy a varied and tasty diet, also thanks to MNI.