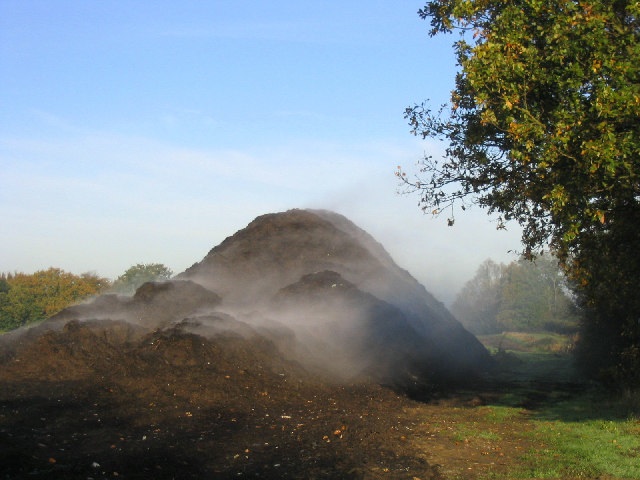 In November of last year, two writers working for the Soil Association (the major Organic organization in the UK) published a 212 page document titled: “Soil Carbon and Organic Farming:  A review of the evidence on the relationship between agriculture and soil carbon sequestration, and how organic farming can contribute to climate change mitigation and adaption.”   Yesterday I posted an “open letter” to the authors of this article on SCRIBD and also emailed it directly.  I pointed out how the massive conversion to Organic that they advocate would actually be a driver of climate change, not a solution.  I hope they will respond.

The Soil Association authors made the case that because Organic farming methods have been shown to build soil organic matter, major expansion of Organic farming would be a great way to sequester lots of atmospheric carbon dioxide and thus reduce the risk of greenhouse gas-driven climate change.  This was essentially the same argument that was made in 2007 in a publication from the Rodale Institute titled,  “Regenerative Organic Farming: A Solution to Global Warming.”  In both of these cases, the claim to sequester large amounts of carbon in agricultural soils is based on repeatedly applying many tons/ha of compost to the fields.

The Problem With Composting

Compost addition definitely increases the amount of organic matter in the soil and that means that carbon is being “sequestered.” The problem is that whether you start with manure or green wastes, in the process of making the compost, unwanted microbes generate enough greenhouse gas emissions (mainly methane) to more than cancel-out the sequestration benefit. I’ve been speaking, writing and blogging about this now for two years, ever since I stumbled across an obscure scientific publication about emissions from composting and did the math to see what that would mean in terms of the “carbon footprint” of compost.  I estimate that at least 3-4,000 people (including scores of scientists) have either read or heard about this in the past year.  That isn’t a very big number, but if there was a flaw in my logic or math it should have come up by now. I’ve actively sought feedback and gotten quite a bit.  The conclusions still stand.

Why Even Bring It Up?

Its kind of weird to be in the position of pointing out a problem with something that everyone thinks is a great thing to do (composting).  As a gardener I have known the value of compost to improve a soil ever since my Grandfather taught me about it when I was a kid.  The part of Organic farming that has always impressed me as sound is it’s attention to building the organic matter in the soil.  Compost addition is one of the major ways to make that happen.  Gardening and Organic farming are such small enterprises that the unexpected greenhouse gas problem with compost is nothing to worry about.  It is just that when someone advocates a huge expansion of Organic as the “solution” to climate change, I feel compelled to say something.

So If Not Organic, Then What?

If the Climate Change skeptics are right, then methane release during composting is a non-issue.  I’m convinced that the skeptics are wrong, and I’m very discouraged that they are poised to prevent the US from adopting any sort of sound climate strategy.  I still believe that agriculture needs to change in response to the threat of climate change, particularly when those changes have many other advantages.  That is why I have been advocating an even better way to build organic matter in soils: “no-till” farming with cover crops, “controlled wheel traffic” and variable rate, precision-banded fertilization.  That kind of farming also uses less fuel and labor, essentially eliminates erosion, greatly reduces water pollution, and leads over time to higher and more stable yields.

As for the manure and other waste-streams that go into compost, composting is better than land-filling, but it would be even better if we harnessed the energy in those wastes by using methane digesters or pyrolysis systems.

So, we will see what the authors for the Soil Association have to say.