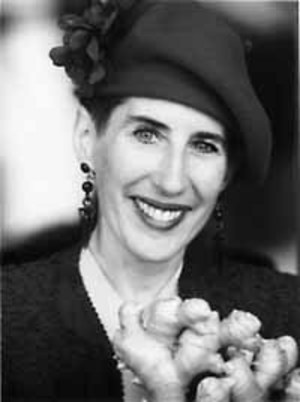 Many years ago I had the honor and privilege to both attend and actually “sous chef” for several master classes with the late, great Barbara Tropp. For those who don’t know, Barbara Tropp was the chef/owner of China Moon Cafe in San Francisco, a culinary teacher and the author of the best cookbook on Chinese cooking, The Modern Art of Chinese Cooking: Techniques and Recipes. However she was much, much more.

She passed in October 2001 from ovarian cancer far too soon at age 53. She was not only one of the most influential chefs in general and Chinese chef’s specifically, but she was also an inspiration, a role model to male and female cooks, and a teacher of life to anyone who every crossed her path. After her death, celebrity chef Wolfgang Puck said,

Barbara was so petite, but her influence, dedication and knowledge of food made her a giant.

What is the most important thing I learned for this legend? The simplest, tastiest and most used trick in my Chinese repertoire – Fried Rice.

True, authentic Chinese fried rice is not a dark brown goopy blob you get in a majority of “American” Chinese restaurants. It IS white (seasoned with salt not soy), fluffy, colorful, light and satisfyingly delicious. It’s unassuming, using left overs, and faster than a thirty minute meal.

It starts with the rice. It is rinsed repeatedly by putting the rice into a bowl covered with a large amount of cold water and stirred by hand until the water turns milky. It’s then drained and repeated several times. This rinsing makes the rice amazingly clean, fresh and light tasting.

There always seems to be leftover rice in a Chinese household but you may need to make your rice 45 minutes to a hour ahead and allow it to cool. According to Barbara,  cool rice breaks apart easily into individual grains and will not absorb oil.

The rest of the dish is a matter of personal preference. All that is needed is what is on hand – carrots, onions, celery, a bit of leftover ham, pork or shrimp (for those omnivores), peas, corn, a few rings of scallions or leeks and an egg if you prefer. Add a dash of Chinese rice wine, a pinch of salt, some love and serve steaming right out of the wok.

Fried rice – a one-bowl meal that works as a Sunday night dinner made up of leftovers from the week or a Saturday midnight snack to cure those late night munchies.