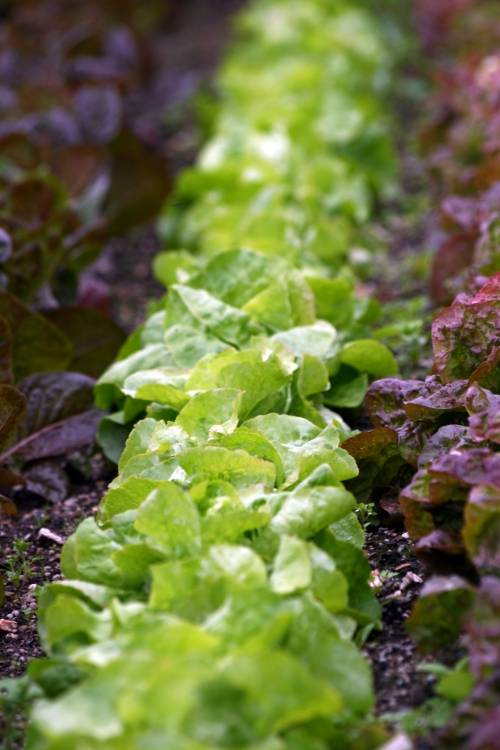 Our recent guest blogger, Danae DeShazer wrote a thought-provoking piece on the dangers of considering organic food a cure-all for the ills of the food industry . Sharon Troy followed up with some detective work on plastic-wrapped “organic” potatoes at her local supermarket (which would have been hilarious if it weren’t so scary). I agree with much of what has been said, but I think we – in our enamor of locavorism – are too quickly vilifying the organic movement. We need to be careful not to reject last year’s movement simply because the next great thing has come along.

I think we do ourselves a disservice by allowing marketers to define our food descriptors for us. Anything, when over- or misused becomes less effective. Just because marketers use the term “organic” on a questionable item, does not mean that organic food is less good. I think we all know organic when we see it. If we took the term at face-value, we would not have been alarmed by Sharon’s photo of the shrink-wrapped potatoes.

So how should we evaluate our food options in the florescent-lighted, plastic-wrapped grocery stores of America? Grappling for answers after the jump.

The truth is, most people care about what they put in their mouths in one way or another. How else could we support the multitude of food’s auxiliary industries (diet schemes, celebrity chefs, cookbooks, etc)? But, because we care, we often become susceptible to faddish notions: low-fat then low-carb then sugar-free; organic then local then self-grown; ayurvedic, macrobiotic, fruitarian. Most of these are legitimate ways of eating, each with its own set of (sometimes overlapping) benefits, but the rigid boundaries of such systems sometimes leave them seemingly incomplete. I am not thinking of whole food philosophies (e.g. veganism), but instead the types of considerations that could be universal, that benefit universally.

It reminds me of the oft quoted rules-to-eat-by from Michael Pollen: “Eat food. Not too much. Mostly plants.” This is, of course, a simplification, but I think his main point – which is an attractive one to me – is that instead of devising a lock-tight system of eating, consider each item you put in your body and evaluate what it will do for you nutritionally, emotionally, politically.

According to Miriam-Webster, the agricultural definition of an organic item is “of, relating to, yielding, or involving the use of food produced with the use of feed or fertilizer of plant or animal origin without employment of chemically formulated fertilizers, growth stimulants, antibiotics, or pesticides.” The USDA adds that organic farming is done with environmental impact in mind and usually on a smaller scale than a conventional industrial farm. So far, this sounds pretty good.

The fact is, most of the chemicals found in synthetic fertilizers and stimulants cause endocrine disruption (interference with hormone cell receptors), which in turn causes cancer in organs that involve hormone management, such as breast, ovarian and testicular cancers. Endocrine-disrupting chemicals also cause fertility problems and gender imbalance; a 2007 study at the IntrAmericas Centre for Environment and Health in Ontario found that the presence of one class of endocrine-disrupters – dioxins – caused a significant hike in the female-to-male ratio of newborn babies. While dioxins are generally found near coal plants, paper mills and garbage incinerators, PCBs – a commonly used pesticide on commercial farms – have a very similar structure and effect (see here for more information).

It would be tedious to list the vast number of health and environmental problems associated with non-organic farming, but we all understand why toxin-free farming is better. This becomes harder to envision, however, in the wholesome environment of a farmer’s market – the gleaming produce and friendly vendors can make you forget that local does not equal organic. Small-scale does not equal organic, either. Some of the most toxic plant “foods,” weed killers and pesticides are on offer at the average garden center or hardware store.

While by no means regulated by a perfect system, “organic” is the only natural food descriptor that has a significant meaning. “All-natural,” “homemade,” and other terms that evoke wholesome eating do not have any specific definition. “Organic” is a legal term, subject to regulation and inspection. To learn exactly what “organic” means to the U.S. government, you can look through their guidelines here. And while the guidelines may not be as restrictive as we would like, having a regulatory label can be an extremely effective tool – particularly if we can lobby for more stringent directives.

Of course, everything is context. I buy my eggs from a farmer who does not have organic certification – he can’t afford it. The certification process is complex and laden with red tape. It often requires small changes with big price tags. When this farmer tells me that his chickens are raised on organic feed in a free-range environment, I believe him. This is an extremely unscientific, personal decision based on trust. I have no way of knowing, short of driving to his farm and demanding soil samples (an unlikely scenario when you consider that I do not know how to drive or take soil samples…), whether or not chemical compounds make their way into his delicious, deep-hued yolks. Further, I do not have the science background to know whether organic feed is enough. Perhaps he has been rejected from organic status because of his proximity to a toxin-leaking manufacturer.

But, beyond the issue of farmer-customer trust, supermarket-bought organic produce can be a gimmick. For every locally-grown sunflower sprout, there are three shrink-wrapped potatoes or Chilean-raised hothouse peppers.

Further, many experts believe that the USDA organic standards are not stringent enough. In May of 2007, the USDA passed an interim measure that allowed 38 non-organic compounds in certified food. To learn more about this, a good resource is the Organic Consumers Association, which works to improve the USDA’s organic standards and to try to counteract the agribusiness influence.

A wise blogger once said, “everything is local to somebody.” I can’t remember where I read this, but I thought the phrase was too apt not to include. I’ll work on locating the wise blogger. Every subsidized corn farmer or beef factory-farm has neighbors, but that doesn’t mean that these establishments deserves to be supported in the same way as a small-scale farmer would.

Further, there has been some discussion about the validity of food miles as a definitive measure of an item’s environmental score. I thought about this recently at the farmer’s market as I passed a vendor with an entire table covered in “local” tomatoes and cucumbers. Outside, it was 12 Fahrenheit without the wind chill factor. When produce is grown in a hothouse, the amount of energy used to maintain optimal conditions is often comparable to typical transportation energy expenditures. This does make some sense, when you think about it. When a farmer tries to recreate the native conditions of a tropical plant, it will inevitably take a great operation of artifice to achieve. Take the Lincoln University study profiled in this New York Times article: when all sources of carbon dioxide emissions were counted (automatic watering mechanisms, heated barns, etc), researchers found that New Zealand-reared lamb that was shipped to the U.K. had a lower carbon footprint (1,520 pounds) than its equivalent raised locally (6,280 pounds). This is because New Zealand has richer pastures, so local farmers do not have to augment the sheep diet with feed. British sheep farmers raise their animals purely on feed, the creation of which is apparently a big energy suck.

Of course, when you add traditional farming techniques such as pesticide use, this increases the carbon-footprint. Most synthetic chemical sprays count petroleum as a main ingredient and are also made at petroleum-fueled factories. Just look at the bragging points for this factory, for example.

Ultimately, it is important to eat organically, locally and in season as much as possible. But no one system is going to provide an answer. Sometimes the organic avocado from Mexico makes more sense than the hothouse one from the next state over. The most important and enduring practice we can bring into our eating lives is that of thoughtfulness. If we are considerate and present in our decision making, it will not matter if we are in an abundant farmer’s market or snack-filled corner store. We have the tools to make optimal decisions when we are informed about how food is made. Towards that end, our discussions on this blog are a pretty good start.